The two leads in Broken Diamonds are better than the material they are working with. Ben Platt- famous for his work in Dear Evan Hansen, and Lola Kirke- who arrived on the scene in Noah Baumbach’s Mistress America– both have delivered great work as actors in their early careers, but sadly, Broken Diamonds is more of a blemish than a blip on their filmographies. Not by any of their own mistakes, with Platt carrying the load with a better performance, but in Peter Sattler’s film the story is problematic at best, depicting someone with schizophrenia, which plays as a plot device more than a study of the difficulty of living with this mental illness. It’s because of that exploitation and a few other issues that Broken Diamonds fails at being a charming drama that it hopes to be.

We meet Scott (Platt) first, he’s finishing up his day at his job at a restaurant as a server, but he’s surprised with a going away party from the few friends he has. His goal is to go away to Paris, so he can focus on his writing, and escape any other baggage he has weighing him down. Then he receives the call that his father has died. The only other close family is Cindy (Kirke), staying at an assisted living home, living with the illness that is stronger than ever. Their mother is estranged from them, but now the two must come together to decide what happens with their childhood home, while Scott struggles with the burden that is his sister’s condition.

Typically the subject matter of mental health is a risky narrative choice for any movie. One that specifically proved that telling a story about the human struggle to be living with a mental disability, it has to be Sia’s atrocious art film Music. And then you look back at other movies that come close to crossing the line, such as I am Sam, The Other Sister, or recently with Split. It’s become incredibly hard for actors to play these roles and not look like they are doing a parody of the disease, mocking instead of naturally living with this struggle. Kirke’s work is the soul sucker out of the entire narrative, playing a caricature instead of the actual person with a disability. The person left holding the bag is Platt, playing his character genuinely as someone that must balance the challenge of his own well-being versus his sister, whom he loves.

The screenplay, written by Steve Waverly is not entirely the biggest problem, where the characters have an established background, but both Platt and Kirke don’t know how to add more layers to these characters’ surface level issues. The direction from Peter Sattler- previously the film Camp X-Ray– attempts to make it a growing experience for a brother and sister, where Scott’s life responsibilities are uprooted, and what are supposed to be funny and uncomfortable situations take place on account of Cindy’s episodes. She nearly sets fire to the house without noticing, attempts to throw herself out of a moving car, and embarrasses Scott at a party with friends. Broken Diamonds is going for a sweet story about a brother and sister, but loses the audience along the way.

It’s not that Broken Diamonds is attempting to do harm to those with schizophrenia, it’s just that Sattler fails to be able to pull his actors back. Platt often improvises and gives us a one note character mixed between emotional and sarcastic, which is attempting to break the tension of the narrative, but instead ends up sounding inconsiderate. The best performance is easily from Yvette Nicole Brown as the helpful step-mother, playing her character with a gentle grace to divide the wildly reckless work of Platt and Kirke. Chalk it up to Broken Diamonds being another one of the well intentioned movies of the world, attempting to shine a light on an important subject that everyday Americans struggle with, but failing to take a more unconventional approach. Instead, it ends up cracking into little pieces, when I wanted Broken Diamonds to shine.

BROKEN DIAMONDS IS CURRENTLY AVAILABLE ON DEMAND AND PLAYING IN SELECT THEATERS. 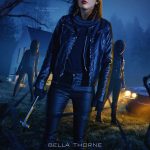 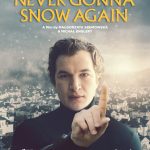