When big celebrities are delivered a stack of screenplays, it’s hard not to assume they don’t read them all the way through. Maybe they read the beginning and then the end only? People are busy, I get it, but in Shane Dax Taylor’s Masquerade, things are just cobbled together, with characters not acting like real humans. At this point they may as well be robots, or just animated stand-ins to save the actors involved the embarrassment. The star here is Bella Thorne, an actor that I generally believe cares in the product she puts out there, and has proved that she can be a good actor when the material is right, but here there’s not a lot of good. Masquerade is a home invasion thriller mixed with a mini heist, where characters make a lot of dumb decisions, looking to steal paintings from a wealthy home. Two people enter thinking it’s a quick job, only to find the daughter of the family home, and it becomes a struggle for the criminals to outsmart a teenager. Masquerade tries to hide all of its flaws, but you can see them right from the start.

We meet the lead character Rose (Thorne) first, standing outside a gated home, looking on dressed in all black, with a dark fencing mask concealing her face. Later we see Thorne working as a server at a fancy masquerade ball, with wealthy donors conversing, and proceeds going to the charity foundation of Olivia (Mircea Monroe). The other half of the story is that two burglars are breaking into the home of Olivia and Daniel (Austin Nichols), while their daughter Casey (Alyvia Alyn Lind) is at home with the housekeeper Sofia (Joana Metrass). Into the house enters the masked criminals, also cloaked in black, while Rose delay’s the parents at the party by giving them a ride home. While enroute is when things go south, where the burglars kill the housekeeper and then get involved in chasing Casey though the house. She hides in the attic, closets, and under beds, with one person chasing her, the other stealing the art. The two sides are converging into a hostile home that should be thrilling, but what unfolds is an odd amount of standing around for a movie that’s supposed to be high stakes thrills.

It would be easy for Masquerade to be a better film- solitary home invasion films such as The Strangers or recently The Rental have proved that we just need that to be engaged- but sadly writer and director Shane Dax Taylor doesn’t allow his characters to make any logical decisions. Even the little things that characters do fail to make sense. When Rose arrives at the home of Daniel and Olivia, we’re supposed to believe they hitched a ride because they were drunk, yet none of the characters even pretend to play drunk. Then the chase inside the house is a big bag of stupidity. The two burglars are there to steal priceless art, wearing masks, gloves, and they could easily get what they want and leave. Instead they spend all the time trying to get Casey down from the attic. And the actions of Casey are just as dumb. She finds a spot in the attic that nobody could even get to her. What does she do? Tries to walk across it and falls halfway through the ceiling. With characters acting this dumb I was rooting for everyone to get their comeuppance.

On top of the idiotic behaviour, Masquerade tries to keep us engaged by bringing Thorne’s character in as the third burglar, and the twist her character reveals makes it all worse. Yes, Masquerade has a twist that makes every twist that M. Night Shyamalan does look like pristine writing. Other than being amused by the awfulness of the acting and narrative choices, there’s just not a lot going for this movie, especially Thorne who should at least try to hold herself to a higher standard than this material. Masquerade is easily one of the worst movies of 2021. I need a mask. I can’t show my face again due to secondhand embarrassment.

MASQUERADE IS CURRENTLY AVAILABLE ON DEMAND AND PLAYING IN SELECT THEATERS 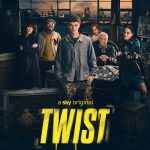 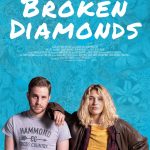