Collin Schiffli established himself as a successful director from the start. The Fort Wayne, Indiana natives debut feature Animals was a massive hit at SXSW in 2014 and revealed the awesome partnership of Schiffli and actor/writer David Dastmalchian. They continued that success with his second film, the dark and disturbing All Creatures Here Below, once again proving that his movies tell authentic, heart wrenching stories, that capture the struggles of everyday Americans. Schiffli’s work has been the epitome of Independent filmmaking, now he’s going in the other direction, taking a huge risk with his Romeo & Juliet style, True Romance inspired,  love on the run in Die in a Gunfight. It’s a big swing, filled to the brim with style, out there characters, and unpredictable results. Collin took time out of his busy schedule to be on the Hot Seat, talk about his new film, and the fear of trying something new. Give it a watch! 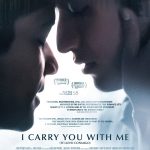 I Carry You with MeReviews 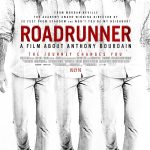 Roadrunner: A Film About Anthony BourdainReviews