The life of Anthony Bourdain has made an impact on many people. With his book Cooking Confidential, with his traveling shows, with his style, his swagger, and above all his unique personality, he was a one of a kind. His death is even more heartbreaking with each passing day, where an incredible talent that he was, could not fight off his demons, and eventually took his own life. In his passing we’re able to celebrate him more and lament longer at his daughter left behind, his ex-wife, his lovers, and friends that will never get to see him again. Roadrunner celebrates everything about Bourdain and not in a fluffy way, but in an honest way, and in a way that feels like a challenge to all of us to live life to the fullest. Anthony Bourdain sucked the venom out of life and the way he lived should be an inspiration to us for the time we have on this planet.

An interesting way to view Roadrunner, directed by Morgan Neville, is that it’s not just a talking head style documentary, where people give a backstory on a topic, or person, but at the core this feels like a therapy session for many of the people in Bourdain’s life. The world renowned chef took his life, at the youthful age of 61, and for many people, they were never able to truly say goodbye. In some respects, that would have been how Bourdain wanted it to be, the world not getting mushy with him, or letting him know the greater purpose he had, but this was a person that deserves the outpouring of love. His ex-wife Ottavia Busia-Bourdain reccolects on the beautiful times they shared, the connections he had with his only daughter, world renowned chefs such as David Chang talk of his knowledge, and rock’n roll musician Josh Homme of Queens of the Stone Age talks of his brilliant mind. They share their love and in return, we see them gain a bit of solace from their ability to express themselves, which may not be enough, but the emotions emanate from the screen.

For me personally, I was moved by Roadrunner, a film that not only highlighted the reasons why Bourdain was a massive success, but also gently reveals how tortured he was inside. I related to all of that and I was also inspired by the fearlessness that Bourdain projected through his struggles. I am approaching my 10th year of sobriety on July 23rd, an accomplishment that I’m incredibly proud of, but also terrified. I’ve struggled with depression from when I was in high school and still struggle with it today. It never goes away entirely and because of my awareness I often find it harder to deal. I’ve struggled with suicidal thoughts on multiple occasions and it wasn’t till I found that sobriety, medication, and therapy where I was able to make it to the other side. For some they’re not that lucky. For Anthony Bourdain his experience was different, his pain may have been greater, and in Roadrunner you can tell that everyone wished they could take all that pain away. His life was ultimately his own and he lived it his way.

But it is not all gloomy in Roadrunner, but also a celebration of a life. My first introduction to Bourdain was on Top Chef or other shows on the Cooking Network. His talent was not a fluke or a fabrication. Bourdain was an excellent chef, often honest in his assessment of the food he tasted, and pulled the curtain back on the entire industry. What struck me as new revelations in this documentary, was how good of a writer he was, his ability to turn Parts Unknown, not just into a discovery about different kinds of cuisines and cultures, but a sense of integrity for the places he would go. Bourdain cared about the world and it tortured him to see people going hungry in any place he would travel to. As revealed through the tears of his producer Lydia Tengalia and Tom Vitale, the journey with Bourdain changed them for the better.

That changed for the better was exactly how I felt after watching Roadrunner. This is a documentary that reminds us to appreciate the people we have in our lives, understand that all people are going through something, and to never take the moments for granted. Morgan Neviille has captured the essence of who Anthony Bourdain was and it’s revealed through the people he touched in powerful ways. Losing him will always be a shock. What he left behind will be a lasting legacy and Roadrunner confirms that there will never be another one like him.

ROADRUNNER: A FILM ABOUT ANTHONY BOURDAIN IS IN SELECT THEATERS JULY 16TH, 2021 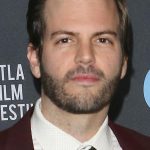 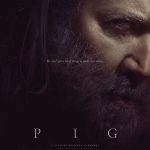