DIRECTED BY: GEORGE A. ROMERO

For most great directors, no matter when they made their film, no matter what the subject was about, it finds a way to be timeless. That’s often what separates a great movie from a good movie, the ability for the narrative to remain constant, always making an impact from now until eternity. It’s that elasticity that often allows the horror genre to find new life and it’s arrived once again in a newly restored, practically lost film by George R. Romero, The Amusement Park. Originally shot in 1973, it was a PSA film about the elderly, involving an older man stuck in a purgatory state, constantly mistreated by others in a theme park hell. It may be limited in the narrative structure, but The Amusement Park is a fascinating allegory, bringing Romero’s work back into the light, and it feels more relevant today than it did before.

The intro is the lone known actor Lincoln Maazel, telling the audience about what we are about to see, strolling through the park, with a Masterpiece Theatre approach. It’s presence reveals that there’s a message to be learned, which takes away from the common directive of most horror films, but it also kicks off a short story approach. In a larger scale production, The Amusement Park would be an addition to an anthology film, or extended with a more impactful third act, but instead it fits right in with Romero’s shoestring budget. The Amusement Park is intently constructed in a circle, like a merry-go-round. Written by Wally Cook, It begins at one point and takes us back to the beginning, and because of that, and all the messages about growing old, The Amusement Park will scare you more the longer you dwell on it.

We first see the old man (Maazel) enter into a white room, with another man sitting on a bench, bleeding from his face, beat up, and breathing heavily. The man that enters the room tells the other man to go outside and experience the world, but he’s had enough of it. The happy man then walks back out the door and enters into The Amusement Park. It seems to bring joy at first, but then he is pushed aside by others in the park. He is told to take a test for his eyesight to approve if he can drive on the bumper cars, all of his money is taken away by others taking advantage, and when he’s served food it’s mush compared to what a younger man receives at a table next to him. It’s all because he is old, constantly being viewed as less than, and someone that is too much of a bother to the youthful.

The theme of The Amusement Park might be hitting the mark with a big mallet, but for the world we live in today, it’s hitting a target more relevant than ever. When Covid-19 hit the world we saw multiple instances where the elderly were viewed as expendable. Our last president said, “It is what it is” to older people dying from the disease. Nursing homes were viewed as killing stations instead of caregiving locations. It’s mind blowing to see a movie be found, restored to its new and improved form, have a runtime of fifty-two minutes, and make more of a statement than many movies we see today. It’s proof once again that Romero was always a master of cinema, using the horror genre to say more, telling us tales that will keep us up at night, just thinking about what’s to come.

The debate may be that The Amusement Park does not have enough to constitute being a feature film, but it’s authenticity, vintage look, and expert portrayal of humans being cast aside, had me looking past most flaws. It’s amazing what George A. Romero had done with his career. He arguably changed the horror genre with Night of the Living Dead from being less than and officially saying something with the terrors that we can experience. He was the king of zombies, he knew how to make his work socially relevant, and it’s only right that the legend would give us one more hit from beyond the grave. The Amusement Park will have viewers wishing to stay young forever and calling up grandma as soon as the movie ends. Life is just scary. Enjoy the ride.

THE AMUSEMENT PARK WILL PREMIERE TUESDAY JUNE 8TH ON SHUDDER 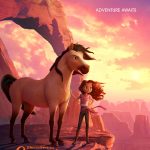 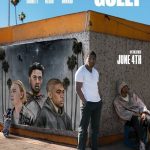