After having a child the animated movie has a different perspective these days. The genre of animation has always been walking the line of cinema for critics and cinema for the kids. Spirit Untamed, following up to all the other various Spirit themed movies (Stallion of the Cimarron) and shows (Spirit Riding Free), hits right in the center of that line. It’s what I like to call potato chip cinema, a movie that does absolutely nothing, but you know you filled up with something. The animation is bright and the story is straight forward, younger boys and girls will enjoy, and parents will feel nothing. Spirit Untamed is nothing to be wild about, it’s just well kept, and waiting in the stable.

When describing the plot of Spirit Untamed, it’s important to note the vocal cast involved, which is a mixture of surprising and happy to take the check choices. The lead character is Lucky Prescott (Isabela Merced), who lost her mother to an accident at her horse stunt show, which sent her father Jim (Jake Gyllenhaal) into a depression, leaving Aunt Cora (Julianne Moore) to take care of his daughter. Now Lucky is older and she’s going back to live with her dad in his small frontier town. Looking for new friends and a new beginning, she makes a connection with a new wild horse that she names Spirit. With her new equine friend, Lucky also connects with neighboring teenagers Pru Granger (Marsai Martin) and Abigail Stone (Mckenna Grace). When a poaching thug named Hendricks (Walton Goggins) and his group of thieving cowboys take Spirit’s family of horses, it’s up to Lucky and her new friends to hop on their rides and stop these bad guys from taking beautiful animals for their greedy reasons.

Looking at Spirit Untamed, it’s impossible for me to not compare the animation to the daily cartoons that my son watches, and sadly this movie is a level above Paw Patrol. It’s not necessarily a slight, but it’s also an example of why a narrative such as this doesn’t rise above the standard. Directors Elaine Bogan and Ennio Torresan create a universe that feels stuck in purple and pink hues. Undoubtedly the colors and themes set with the Spirit universe and the stereotypical little girl audience. One would hope that the directors would look to inject their own take on an animated western, but instead it seems Spirit is only inspired by My Little Pony and Barbie. The other fascinating factor is how Spirit Untamed is written by four different writers- John Fusco, Kristin Hahn, Katherine Nolfi, and series developer Aury Wallington- when the narrative is just three young girls, finding a trail to track down the bad guys, and save the horses. Nothing complex, just point A to B.

It’s not a hate fest for Spirit Untamed, where I am obviously not the target audience, where young girls might enjoy the fearless adventure that these three friends go on. There’s a dash of energy when the girls approach Hendricks and his goons to save the horses being loaded onto a train. There’s a bit of thrills, which obviously have very few stakes to anyone aware that a movie of this magnitude would never dare to scare it’s core viewers with an unhappy ending. Save that for when they see the Artax scene in The Neverending Story.

Spirit Untamed is ultimately an unfulfilling, pop animated adventure, which will keep the kids’ attention, while the parents think about where to go for lunch after the matinee. There may have been potential for something bigger than what Spirit Untamed ends up being, but instead it leaves you wishing for more, maybe a horse of a completely different color. For Spirit Untamed I say, neigh.

SPIRIT UNTAMED IS IN THEATERS THIS FRIDAY JUNE 4TH 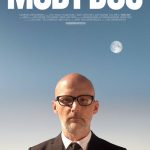 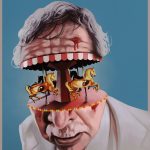