There are many factors that go into the good and the bad about Holler. The good is that it’s a sharp script, with excellent acting, and an even more impressive style of direction from writer Nicole Riegel. The bad (and this depends on who is watching) is that it might be a movie you have seen before. The difference, however, is that Holler has a more current setting, two or three years ago, during the Trump administration, but what gives it longevity is that it could relate to any time. It’s about a teenager named Ruth (Jessica Barden), a high school kid, on the cusp of graduating, but living life minute to minute. Her small Ohio town is poor, her mother is in prison trying to kick her addiction, her brother can’t find work, and the water in the house has been shut off. The major theme of Holler is survival, about a family crawling to every penny, and the struggle for Ruth to rise above what she was born into.

The story begins with Ruth running away from somebody. She’s carrying a garbage bag filled with soda cans and jumps in a truck with her brother Blaze (Gus Halper). The next scene we see them exchanging the steal for cash at a junkyard and it’s instantly obvious that this family is in a dire state of living. We stop at their home, multiple eviction notices on the door, and the returns from their can swiping is barely enough to get by. Their mother Rhonda (An impactful Pamela Adlon) has an issue with pills, opioids, and staying clean. Ruth and Blaze only have each other and periodically they stop at the local steel mill in town to visit with friends or to see if there’s any work available. There’s nothing. The town is falling apart and with desperation pushing against them, Ruth and Blaze decide to join Hark (Austin Amelio) and his crew of scrappers, dangerously stealing metal wherever they can. It’s not the life that Ruth has the potential for.

Laying all the weapons on the table, Holler is unequivocally a combination of Winter’s Bone meets Good Will Hunting. There’s a tint of blue over the cinematography by Dustin Lane, mixed with an in-your face, valuably authentic direction by Nicole Riegel. It creates a cold, overcast look, which helps set the scene for a gloomy winter existence for these characters. It also works in combination with Riefel’s writing, speaking from her own life experiences, and the cast of actors who bring genuine humanity to these roles. The lead performance by Jessica Barden is the highlight, where her portrayal is both earnest, and filled with determination. It fits with the narrative, as this is a character wiser beyond her years, destined for something bigger outside of what she knows, but the grind of scrapping becomes a part of life. A means to an end. Her brother knows she can become somebody, it’s everyone else, even her mother, that never believes in her getting out.

From a technical standpoint, Holler is excellently structured, looking as real as a documentary, and with creative decisions to separate it from most standard independent films. The score by Gene Back is eclectic, to say the least. There are moments where it is beautiful and elegant. There’s also a scene where it’s nearly jarring, when the scrapping crew is breaking into a warehouse and the score sounds like a Hans Zimmer heist moment. Many of Holler’s shortcomings arise from the fact that it can feel like a piece that was originally a short-film and turned into a feature. The look and storyline that exist have depth, but it’s Good Will Hunting copied format makes it hard to forgive. There’s a constant begging for release in Holler that holds it back from being a great film. That doesn’t mean it’s not worth the time.

I still felt wrapped into the story of Holler, and it’s also an excellent first feature from Riegel. This is a new portrayal of those living in America during the time of Trump. A class of people promised that their jobs would come back, which they did not, and a promise for a prosperous future, which never arrived. Leading the charge of it all is the never wavering Jessica Barden. Without her the film falls apart, but instead we see this rising star, hitting the beats of emotion, and portraying someone surviving every day. There’s a lot of people in the world like this and they’re fighting everyday. In this country, they shouldn’t be fighting for the scraps. They should be living to their fullest potential. Holler. 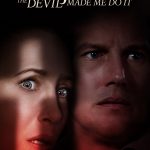 The Conjuring: The Devil Made Me Do ItReviews 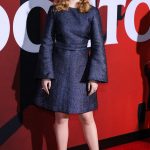