MOVIE: THOSE WHO WISH ME DEAD

I’ve unapologetically been a big fan of Taylor Sheridan’s films. Whether he is writing or directing, his work is undeniably engaging, often thrilling audiences with high tension scenarios or circumstances, and putting together a perfect three act drama. Hell or High Water is a movie I praise nearly every day. Sicario introduced me to Denis Villenuve’s ability to turn up tension. Wind River had us searching for killers in the bitter winter cold and turned up the heat with a thrilling end. Needless to say, I was excited for Sheridan’s newest film Those Who Wish Me Dead. Angelina Jolie stars as a forest firefighter in the Montana mountains, being regulated to a high lookout perch, but ends up protecting a boy from a pair of hitmen.There’s a lot of action thrown into the stew, some macguffins to follow, but the final result is a bit too mashed together to be a perfect whole. Those Who Wish Me Dead is on the right trail, but it’s missing a spark to have it light my fire.

It’s been quite a while since seeing Angelina Jolie star in an action movie and Those Who Wish Me Dead is her most subdued performance. Her character is Hannah and her past mistakes and PTSD from losing people in a fire on her watch, has stopped her from living a carefree life. She enjoys drinks with the other firefighters, throws caution to the wind doing wild drunken stunts on a car with a parachute, and tries to stay off local Sheriff Ethan’s (Jon Bernthal) bad side. The other parallel narrative is a pair of hitmen (Game of Thrones star Aidan Gillen & Nicholas Holt) on the hunt for a forensic accountant (Jake Weber) and when they catch up to him and his son Connor (Finn Little) it leaves his dad dead, and the young boy on the run. When he meets Hannah, it places everyone in the line of danger, because these killers are tying up their loose ends.

When it comes to the reasons why Those Who Wish Me Dead never worked it starts with the narrative. The screenplay, written by Sheridan, Charles Leavitt, and Michael Koryta, based on Koryta’s book of the same title, fails to give enough details on characters, and motivating factors of the plot. To this very moment, I still could not tell you why these men are hunting Connor. His dad knew corrupt practices, secrets that politicians don’t want leaked, or maybe they’re just bad people? I really don’t know and the writers don’t seem to care. It’s all about the pursuit, where the terrain goes from lakes, rocks, and forest fires. The other factor is that Jolie’s character backstory is incredibly thin. Outside of her past trauma, there’s not enough here for us to care about. No matter how thrilling the sequences are, which turn into shootouts, Jolie fighting with an axe, and the raging fires catching up to the foot chase, it’s not consistent enough to work.

The other factor may be nitpicking, but it’s also the little things, which become visible big things. The hitmen characters have an act now, ask later approach, but seem to be able to predict everything that will happen. They kill the father in a gruesome fashion, leaving the scene of the crime, and assuming the son is dead. Only to go back to the scene to look if the kid made it. There’s also the lookout, which is an incredibly tall tower, which would take good time for anyone to climb. In this movie, it’s a magic tower, where every character, including Ethan’s pregnant wife Allison (Medina Senghore- by far the best part of the movie) arrive at the top in record time. It’s that attention to detail that continued to bug me and stopped me from getting into a groove of the action.

It seems that Taylor Sheridan likes to change the atmosphere up for his action films and that works to a point, but Those Who Wish Me Dead is by far his weakest film yet. It’s going for an older 90’s action style, similar to Cliffhanger, or even Commando, but I think Without Remorse (also written by Sheridan) and Wrath of Man already achieved that this year. Angelina Jolie is a great actor and her work here is fine, taking on a role of protector and survivor, but she also can do that in her sleep. Those Who Wish Me Dead had enormous potential. What should be a big burning fire is only smoldering at the end. 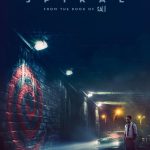 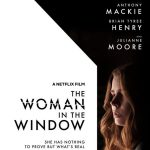 The Woman in the WindowReviews