MOVIE: RAYA AND THE LAST DRAGON

There is a familiarity with the story told in Raya and the Last Dragon and although it may be similar to past Disney animated films, it’s still a welcome familiarity when the story is this entertaining. It all takes place in the realm of Kumandra, a fantasy land rooted in the history and culture of far Southeast Asia, a world where humans and dragons once lived in harmony together. Now the realm is divided into clans, long after the last dragon sacrificed itself to save humans from an evil force that turned people into stone, but now a powerful orb keeps the realm safe with Raya’s father Benja (Daniel Dae Kim) as the protector. In his attempts to bring everyone together, the orb is broken into pieces, releasing the evil force, and pushing the clans farther apart than before. Years pass, it is now up to Raya (voiced by Kelly Marie Tran), on a journey to find the last dragon, and if she can bring peace back once again. With gorgeous animation, every inch filled with vibrant colors, rich texture, and a vast array of characters, Raya and the Last Dragon is an adventure with a great spirit.

At first, my expectation was that Raya was going to be another kind of Moana, a story of a chosen one on a journey to prove herself. It’s not entirely separated from that type of tale. Raya is on a mission, she befriends a mythical dragon named Sisu (voiced delightfully by Awkwafina), but what caught me off guard was how Raya and the Last Dragon became a Lord of the Rings style fellowship journey. The realm is broken up into sections, each clan identified by a part of the dragon, Spine, Fang, Claw, and so on. Although Raya is the focus, the narrative becomes a conveyor belt, with Raya picking up a new friend at each stop. A boy named Boun (Izaac Wong) that operates a restaurant on his boat, which becomes the mode of transportation. A brute named Tong (Benedict Wong) that brings the muscle. And my favorite, a thieving baby named Little Noi, with her trio of monkey helpers. Together the goal is to recover all the missing pieces of the orb and with each stop we see more wonders and amazing action. Raya and the Last Dragon is a winding and constantly delightful epic.

What’s also surprising is how well this narrative works with a lot of cooks in the kitchen, but that also is a sign of a true collaboration. There are four directors, with the screenplay written by Qui Nguyen and Adele Lim, and an additional eight people credited for the story. Typically that would be too many, but it’s a direct reflection of what works with Raya and the Last Dragon, which is an ensemble piece. Although some may roll their eyes at a narrative about people setting aside their differences to make peace, I found the message comforting. On top of that, the animation here is absolutely gorgeous, inventive and imaginative like a Hayao Miyazaki film, reminiscent of the dragon bond in Spirited Away. The animation is also used beautifully in set pieces, involving chase scenes, sword fighting, and visual magic from our Last Dragon Sisu.

On top of the visual feast you get, it’s also just a solid cast of voices, with Kelly Marie Tran given the chance to show her charm, but the show belongs to the comical wit of Awkwafina. Her Sisu character is funny and not over the top. This is not a foolish dragon just because her magical powers are the abilities of swimming, but because she’s also unsure of herself, not yet fully tapping into her strengths. Some audience members might find her character wearing thin or trying too hard, but I think it’s the happy medium. She’s not reaching for Robin Williams as the genie and not becoming obnoxious like Eddie Murphy in Mulan. The team of Raya and Sisu is incredibly cool.

RAYA AND THE LAST DRAGON OPENS THIS WEEK IN SELECT THEATERS AND ON DISNEY+ FOR AN EXTRA FEE. 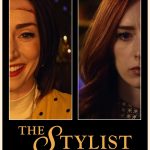 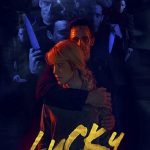