With three Oscar winners in your cast, it’s not wrong for audiences to expect something spectacular from John Lee Hankcock’s The Little Things. With Denzel Washington in the lead it should be a no doubter, a can’t miss, thrilling cinematic hit. I guess we shouldn’t always set our expectations so high. Set up as a murder mystery, with two cops sifting through clues to catch a serial killer, The Little Things is shockingly lacking in any thrills. Denzel stars as Joe “Deke” Deacon, a county sheriff in upstate California, and a man broken by past unsolved murder cases he worked in L.A. county. Now he’s going back to his former abode to pick up some evidence, but while he’s in town he becomes nosey in a case that new lead detective Jim Baxter (Rami Malek) is working. The motives are similar to Deke’s past cases and the two detectives become equally obsessed in getting possible suspect Albert Sparma (Jared Leto). It sounds better than it is and sadly there are not enough big moments to help make The Little Things matter at all.

One of the constantly repeated lines from Joe Deacon is how important the little things are in working a case. It might become evident that Hankcock has written a meticulous script, about the mundane process for a detective to get the killer, but sadly it’s at the expense of the audience. Things start slow and nearly grind to a halt. Deacon meets old partners for coffee, the medical examiner shares a dinner, and he expects to go on his merry way. When the body of another woman shows up in an apartment, detective Baxter asks Joe to stay on. There’s a little investigating work and Sparma becomes the main suspect, which leads to interrogations, car inspections, and long stakeouts. The two detectives begin to get close and slowly we see the case taking a toll.

The most surprising part of The Little Things has to be that the weakest performance is from Denzel Washington. His portrayal of Deacon can only be described as a sleepwalk. His character is tortured by his past, mixing in flashbacks or murdered women, moments of him sitting in the dark staring at pictures, and rarely offering much in the dialogue. This performance can be done by Denzel Washington on a whim and it’s still better than most, but I expect so much from the Fences star, it feels weird to not love his work this time around. He’s allowed a dud. The slack is picked up by Malek who plays the role wet behind the ears, his character affected by these tragedies more with each scene. The best work is from Jared Leto, who installs an interesting limp to his walk, and portrays his cold self as he’s done before in Blade Runner: 2049. His icy villain is menacing and still not fully developed in the end.

I’m sure that each actor took great pride in their performances, but the problems lie in the script and direction by Hankcock. The screenplay was apparently written in 1990, which is the year our stories set in, and it shows. There’s a bit of David Fincher’s Seven mixed with Zodiac in it and the absence of cell phones make for an interesting factor, while the intrigue seems outdated. The goal is to capture thrilling and pulpy mystery’s such as Kiss the Girls or other various Alex Cross cases. Sadly it’s a slow, boring procedure, and it desperately needs a shot of adrenaline.

The third act is even more frustrating than the first hour, with a conclusion that hammers home the narrative point, but leaves zero sense of satisfaction. Director Hankcock may be a veteran of Hollywood movies, such as The Founder, Saving Mr. Banks, or The Highwaymen, but he’s in over his head with this one. He made a movie that limits Denzel Washington and care little for a murder mystery. I’m not sure what entirely went wrong. Maybe they just forgot to pay attention to The Little Things.

THE LITTLE THINGS IS PLAYING IN SELECT THEATERS ON JANUARY 29TH AND AVAILABLE ON HBOMAX FOR 31 DAYS. 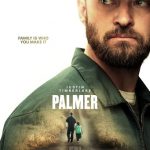 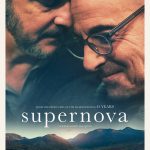