If this acting thing doesn’t work out for Denzel Washington then I guess he will have a strong career as a director. The Oscar winning legend takes his first crack as the play caller in Fences, adapted from the August Wilson Pulitzer Prize winning play, which Washington and actress Viola Davis originally performed for the stage. History has been mixed when transferring material from Broadway scripts to Hollywood screenplays, which can be a tall task for anyone calling the shots, no matter how seasoned they are. Fences is about as good as it gets though, with two of the best acting performances of the year, and a lot of material to chew on long after the final scene.

Fences, as one should prepare for, is a talkative pice of work, revolving around the lives of Troy Maxson (Washington), a garbage collector, and his wife Rose (Davis). It is set in the 1950’s, in a time after when Jackie Robinson was a part in the game of baseball, and for the working black man those opportunities were impossible to come by. For Troy, life has never been kind to him. He gets his little pleasures from hearing the sound of his own voice, a bottle of gin, and captivating his co-worker and friend Bono (Stephen Henderson) with stories in his square backyard. All of this taking place while Rose watches over from the window in the kitchen, his son from another woman Lyon stopping in to keep together what little relationship they have, and their son Corey (Jovan Adepo) who has the potential to be more than his father has become. This is a small audience for a man who battles his demons on a daily basis.

There is a deep conversation of gender roles surrounding these characters. The dynamic between Troy and Rose is a window to the corners that men and women retreat to, especially in the areas of providing, work, and child care. The dialogue reveals so much about each character, as Troy speaks in metaphors using his history of baseball, describing life as a 3-2 count where you have to swing to survive another day. When Rose finally speaks up, expressing her displeasure in one of the most passionate and impressive performances I’ve ever seen from Viola Davis, her emotions burst from her soul, as a women who is expected to serve with little acknowledgment. She stares Troy in the face, “Well, I’ve been standing with you! I gave eighteen years of my life to stand in the same spot as you!”

Equally difficult is the relationship between Troy and Corey. The bond between father and son is constantly changing and the failures of one can be projected onto the other. As Corey has a future in football, with a college school recruiting him, his father looks to toughen him up, telling him to stop playing around, and take up a trade that will lead to a lifelong career. It is a study of masculinity that Washington is not afraid to examine. Whether it is Troy damaged from his own father, Bono who is a neutral gentleman, Corey who is the future, and Troy’s brother Gabe (Forrest Gump actor Mykelti Williamson) a victim who gave his life to our country only to come back mentally disabled from the war. There is a piece of someone in all of them.

There is a lot to study and love about Fences. My only complaint would be that it is a long sit, which obviously works better for the stage, than the screen. Outside of that, this is a movie that has two of the best performances of the year from Davis and Washington. They are the best in the business and the direction from Washington pays attention to specific details, such as the mise en scene of the rooms, in every frame.

That title- Fences, has multiple meanings about the barriers people put around their lives. We sometimes refuse to let people into our hearts and never let the ones we love flourish outside of the comfort zones we created. The deep rooted themes in Fences is why it is important to let this movie into your cinematic zone and maybe we will be lucky enough to see Denzel Washington direct another masterpiece. 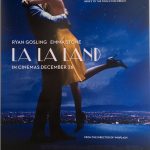 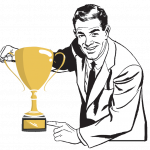