It seems with every movie she’s in, Saoirse Ronan just gets better and better at this acting thing. In Ammonite, her character is Charlotte Murchison, a young married woman, living in 1840’s England, and struggling with depression after the loss of her child. Her husband Roderick (James McArdie) thinks he can take her to a seaside village for rest and while there, he can meet the famous archaeologist Mary Anning (Kate Winslet). It’s all in hope to learn something about what he is interested in, but also save their relationship. After a few weeks, nothing changes, and the husband takes off to continue his work and leave Charlotte behind. This is the crux of Ammonite, where a woman has been left behind, with someone who she barely knows, and someone who has been afraid to approach any experiences of love. And yet, through time and increased passion, the two fall madly in love with one another. The dynamics in Ammonite are calm and lovely, delivering a well balanced romance, with two of our greatest actors working today. Ammonite starts as a small seed and quickly blossoms into a passionate expression of love.

There may be issues among other viewers that the draw of Ammonite is having two well known actors in Winslet and Ronan have a love affair on screen. To say that is to assume that the actors don’t respect the screenplay from director Francis Lee. It’s also not giving the director his much deserved credit. There is tender care taken into this story. The character of Mary Anning (Winslet) is a woman that has submerged her life into her work, digging for fossils, and hoping to discover new species. Her home is cold and gray, with her mother Molly (Gemma Jones) as her assistant, as the two have experienced enormous loss. For Molly it is the loss of her eight other children and for Mary it is the loss of those siblings, along with her sexuality that she must hide, and past lovers that have broken her heart. It is the arrival of Charlotte (Ronin) that causes things to change. Slowly, we see a glow injected into the lives of these women.

Along with two spectacular performances from Winslet and Ronan, the majority of the praise belongs to Francis Lee and his crew. There are very few staged settings in Ammonite and that creates a suffocating aura that hovers over this film. The narrative itself is incredibly Dickensian, with peacoat jackets, men wearing tall top hats, and a small town where everyone knows each other’s business. What Lee injects into this story is that beautiful romance. And it is a fine line for all three to walk. Ronan and Winslet need to make it believable that they are characters of opposite lives, but right for one another. The passion cannot be gratuitous, but must be a genuine expression of two people falling in love. The camerawork by Stephane Fontaine does not leer, but embraces the moments with tenderness. Ammonite seems to be taking inspiration from Jane Campion’s The Piano mixed with Lee’s first film God’s Own Country, which makes Lee two for two already.

And yes, the performances from Winslet and Ronan are excellent. I’m honestly not sure which one I prefer more than the other. Winslet certainly knows how to shift, a chameleon of acting, one moment a quiet, uninteresting person to some, and slowly revealing that her character is of deep substance. Mary is much more than just a brilliant brain, but someone who feels, and fears of having her heart broken. For Ronan, her work is subtle and spot on. The character of Charlotte is as weak as a baby deer at first. It’s through learning about Mary’s passions, long conversations over tea, and being able to connect make the love they have truly a beautiful one. In perfect Ronan fashion, similar to what she did in Little Women or Lady Bird, by the end her work hits to the heart.

The clear metaphor of Ammonite is about finding love in the most unlikely of places. Like a fossilized rock or a person who you barely paid any attention to at first, it’s impossible to know when romance will strike. And Francis Lee does not make this all bells and whistles. There’s conflict between these two. There’s real emotions and real feelings at play. That’s what makes Ammonite so good. It’s a beautiful discovery and one of the most romantic movies of 2020.

AMMONITE IS PLAYING IN SELECT THEATERS AND AVAILABLE ON DEMAND 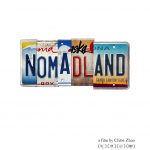 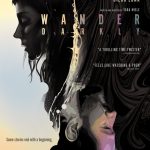