I spoke about romantic movies when Photograph was released earlier in 2020, how I often long for a time in cinema where our stars fell in love, slow motion moments between two people, realizing they have a connection. Tara Miele’s drama Wander Darkly is not about the romantic stuff of a relationship, but it focuses on the connection that two people make with one another, through the passionate times, the easy and the hard moments. The narrative follows a couple, Adrienne (Sienna Miller) and Matteo (Diego Luna), not married, but embarking on a pregnancy that neither were wanting to have. The storytelling process, however, starts with a horrific car accident, sending the couple to the emergency room, and while the two are in their states of existence or nonexistence, they step outside their bodies and witness their relationship from their own eyes. Wander Darkly is a surreal romance, a painful, yet beautiful expression of what it means to be in love, and what two people will do to achieve that connection.

I’d like to think that Wander Darkly is a distant relative of Michael Gondry’s Eternal Sunshine of the Spotless Mind, where the journey of love is as important as the destination. In order for things to work, you need to have a pair of actors that can help you believe they are in love with one another, but also at each other’s throats when the love frustrates them. That’s why Wander Darkly works. Not only is Miller and Luna great in their performances, they are both such naturals it feels like a documented capturing of two actual lovers . The two characters wander from moment to moment in their relationship. How they met. When they found out they were pregnant. They see why one was so mad at the other. There are moments where infidelity is accused, an ex-lover of Matteo’s named Shea (Aimee Carerro) causes a divide in their trust, they shed tears, and plenty of fears.

Typically for a movie such as this you will know what you are getting out of it and for Wander Darkly it produces on most of those expectations. This is a tearjerker, filled with raw and real emotions from Miller and Luna. At times we wonder ourselves who is to blame for their relationship struggles? But there is a tragedy, this major car accident that occurs in the beginning, and the answer to that tragedy is not revealed till the very end. That anticipation will test the patience of the audience, but Miele’s script has an incredible honesty on the messiness of it all, making it worthy of our attention. Where Miele could have added more is a possible third or fourth character to throw things into the mix, despite the presence of the great Beth Grant as Adrienne’s mother, there’s not much else outside the life of these two lovers.

One of the more interesting themes that surrounds Wander Darkly is the thought of a person getting an opportunity to revisit, look at your life, or be back in the moments of one’s past. Wander Darkly does not ask these characters if they would do things differently or give them an opportunity to change their response, but delivers the perspective of hindsight. I believe this is something we should embrace more of. The thought that we cannot change the decisions we made in those moments, but should reflect on them, and appreciate the time that we do have with others.

This concept of living for today seems to be a major theme arriving in 2020. Audiences will see it in Pixar’s Soul, we already saw it in Nomadland, and we see it fully developed in Wander Darkly. And yes, it is an incredibly romantic film, frustrating as any mad love will make a person, but with another fantastic performance by Sienna Miller and Diego Luna. You may need to be in the right headspace to sit down with a movie like Wander Darkly, but you will be thankful to have lived a love story like this. 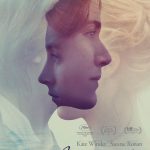 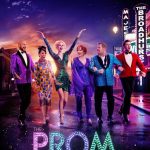