Cinema that revolves around the subject of marriage is often an endlessly complex topic. It’s complex in Fatal Attraction, or Who’s Afraid of Virginia Woolf?, it’s complex in Paul Dano’s deeply emotional Wildlife, or Gone Girl, and on, and on. Which is partially why I found Sean Durkin’s new drama The Nest to be a fascinating and unique take on marital discourse. It helps when you have two juggernaut actors, Carrie Coon and Jude Law as the wife and husband roles, playing off one another as if it’s a theater game of chess. The Nest is about a family, the facades we put up to project happiness, and the financial choices that can send happiness crashing down. The Nest puts a new spin on the dysfunctional family drama.

One thing about The Nest is that it’s a hard film to pin down. This is a drama, set in the 1980’s, about a family of four, but it’s also haunting at times, like a horror film waiting to burst out. Rory (Jude Law) is the sweet talking husband from England, Allison (Carrie Coon) is the beautiful American mother, clearly supportive in everything her family does. The two kids, Samantha (Oona Roche) and Benjamin (Charlie Shotwell) are on opposite sides. The daughter is pushing the boundaries, while the son is timid, trying to find his place in the world. They seem to be one big happy gang, but when Rory decides to make a change in his career and move the crew back to England, the varnish begins to peel off. The Nest becomes a bed of lies.

On the surface, The Nest might seem thin on intrigue but it’s the perfect movie to conversate about for hours after. The fiber of Sean Durkin’s original screenplay, his first film since 2011, is that of rich drama, the kind that works in cinema and the stage. There really isn’t anyone better to portray these roles other than the acting of Carrie Coon and Jude Law. Their characters are incredibly complex. Coon, the veteran of stage theater, is playing a character with multiple layers. A strict trainer in horse riding, a consistent parent, handling financial problems that arrive, and always aware of what the kids have going on. Law’s performance as Rory is a reminder of his slick character in The Talented Mr. Ripley, a man that is smooth on the outside, but weak on the inside. When his financial choices don’t pan out, it’s evident that his inabilities to be honest with his past continues to haunt him. It is the parents’ shortcomings that permeate into the lives of their children, which they act out in their own rebellious ways.

Another interesting aspect of Durkin’s work is a consistent study of what makes people pretend to be who they are. The moral center of The Nest is the lies that we tell ourselves to find comfort. This was a similar theme in Martha Marcy May Marlene, which focused on how a person could find solace in a cult. The deeper a person would go into a cult, the harder it is to get out of that thinking. Rory’s inability to be honest with his wife, as a father to his children, to his boss, and to himself leads to the disintegration of everything that’s good in this family.

In a word to describe The Nest: Intriguing. This is an excellently constructed drama, the type of work that legendary directors, such as Robert Altman, Sydney Lumet, or Elia Kazan, would put together. You take two expert actors delivering world class performances in Coon and Law, gorgeous set designs, writing, lighting, and direction by Sean Durkin, and you get one of the best films of 2020. The Nest is a well-crafted, precise drama, and wait till you see the final shot. It’s easily the best snapshot you will see all year.

THE NEST ARRIVES AT SELECT THEATERS AND ON DEMAND SEPTEMBER 18TH FROM IFC PICTURES. 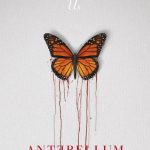 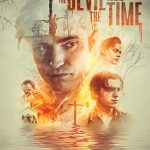 The Devil All the TimeReviews