When you have a twist in a movie you can’t hold onto it too long or it won’t have an impact. In Antebellum, the new horror film from writers/directors Gerard Bush and Christopher Renz, the audience will sense that a twist is going to hit, but it does not arrive till everything else in the narrative has crumbled. With Janelle Monae as the lead, you have plenty of star power to make an impact. I also give credit to the directing team for attempting to make a relevant and current spin on the racial divides we still see in the United States today, but no matter how original Antebellum tries to be, it fails at everything else. Antebellum wants to make a grand statement about the history of slavery in this country and instead misses the mark all together.

Things begin on a southern cotton plantation and immediately we are subjected to imagery of Black men and women, beaten, whipped, and killed. It’s not that imagery such as this does not have an impact. 12 Years a Slave continues to be one of the best films to represent the ugly history of the United States and do so with purpose. The problems with Antebellum stems from the narrative structure with why we are seeing the imagery. Monae plays Eden, one of the more veteran slaves on the plantation, which is run by the ruthless Captain Jasper (Jack Huston), forcing the workers to keep their heads down, and taking any chance to lash out on them. There’s still something a bit off about this plantation and the narrative switches to a parallel story about Veronica Henley (also Monae), a successful author and entrepreneur in the present day. The narrative bounces back and forth between Eden’s life on this wretched plantation and the self-made successes of Veronica. Are these dreams? Or is this a connection of past and present?

There are multiple problems with Antebellum, but one of them isn’t the way this film looks. There is clearly an artistic streak inside of Bush and Renz, with gorgeous cinematography capturing the golden southern sunsets and vintage country houses. The biggest issue is in the writing. Janelle Monae deserves better. The segments on the plantation are not moments that evoke the experiences of Black men and women, but feel like spotlights on their misery. There’s nothing fun about watching the way slaves were treated, but Antebellum highlights their pain without a purpose. The scenes that take place in the real world are ten times worse. Monae’s character is contrived in her successes, while her friend Dawn (Gabourey Sidibe) is never a real person. All moments of dialogue are better suited for info-mercials than big budget movies. And those are the glaring problems, not to mention brutal pacing and a conclusion which never earns it’s attempts at shocking us.

What’s more disappointing is that Monae is game for it all, an actor that always delivers the very best, but her talents are taken for granted. The major highlight of Antebellum is Jena Malone’s performance as a racist southern belle, hamming it up for the back row to see. There’s also just the problem that Antebellum feels inauthentic in its efforts to be relevant with our current racial and political divides. If Jordan Peele’s Get Out and Us are the peaks of cinema representing the Black experience, Antebellum is the bottom of the summit.

Midway through I remembered that at one point HBO had floated a series from the Game of Thrones team, about a modern day Civil War and the Twitter world let them know how awful of an idea that was. Sadly, nobody shared that memo with the creators of Antebellum. There may have been well intentions for merging the horror genre into the experience of slavery, but Antebellum waits too long to deliver the big twist. And after that we’re left regretting that we had to witness this movie at all.

ANTEBELLUM IS IN SELECT THEATERS FRIDAY 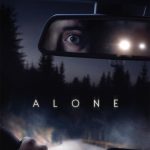 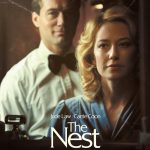