The blu-ray release of Valhalla Rising from IFC Films could not arrive at a more appropriate time. We’re in the middle of a pandemic, with justified anger at police killing black and brown skinned citizens, and protests in all 50-states. We are living in a time where humanity has been forsaken. There are few films that display the kind of savagery you see in Nicolas Winding Refn’s 2009 picture. It’s a portrayal of the world before any kind of society, any sense of decency, and little separating the man from the beast. Mads Mikkelsen is a man possessed, playing the role of One Eye, a prisoner to a group of pagans, tethered to a pole at the neck, and forced to battle men to the death to stay alive. It’s not a question if One Eye will survive, because all who cross him are left in his wake, but where the journey will take him. Valhalla Rising is a fascinating study in the rage of men, a beginning of time, a search for a higher power, and the absence of god.

When One Eye disposes of the pagans, the only person he leaves alive is a young boy (Maarten Stevenson), who joins him on his journey. They come across a group of viking christians, with crosses being planted into the ground, women rounded up, and a promise of moving onto the “holy land”. Instead of killing One Eye, they bring him along on their viking vessel, floating down a stream of fog and fear. This is where the tone of Valhalla Rising changes from rage to a resting tension. There’s a constant question of unknown, with red smoke coating the air, nobody to be trusted, and the threat of death. It’s all set against gorgeous landscapes, green mountains, large canyons, in a barren land. Not much is said on this venture and yet, everything is said about the existence of humans.

This was my second time viewing Valhalla Rising and it’s even better than I remembered. I would argue that it’s one of Nicolas Winding Refn’s best films. Visually and thematically, I would compare it to a film such as Terrence Mallick’s The Thin Red Line, revealing an existence of man that is completely reckless and searching for a voice from above. It’s a fascinating contrast between Mikkelsen’s voiceless performance, playing a man that has the capability of taking life with a flick of his wrist, and has witnessed enough bloodshed to know that god is not around. The other film that I would compare Valhalla Rising to is Ridley Scott’s Alien: Covenant. The latter is a film about couples on a space mission, looking for paradise, with the result being their violent deaths. The crew of viking christians are searching for Valhalla, that chosen land, which they believe they have found. What they encounter is a land of the natives, arrows raining from above, humans sacrificed, and little to believe in. The absence of a higher power is the entire, overarching message of Valhalla Rising.

Valhalla Rising is worthy of multiple viewings and at various times in someones life. Nicolas Winding Refn has always been a director to challenge his audience, which is interesting because Valhalla is one of his more “conventional” films. Refn’s work only continues to push the boundaries, especially in his violent take on the vapid industry of modeling in The Neon Demon. As for Valhalla Rising, it’s a fascinating story of men, some willing to shed blood for their cause, and all surviving at a time where death is all around. The transfer to the blu-ray is excellent, with the glossy cinematography by Morten Soborg, and viewing the newest IFC release on the biggest high-definition screen is the way to do it. Valhalla Rising deserves a second look and a mesmerizing accomplishment of cinema. 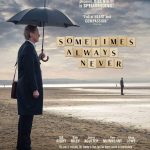 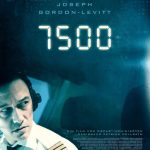