How soon before we can bring Iron Man back? Maybe it is just a rough first step, but life after playing Tony Stark for Robert Downey Jr. is going to be an interesting transition. Not that Downey won’t have cameos in a hand full of Marvel movies in the future, but it’s safe to say that easing his way out of that universe is starting off bumpy. If I try to get into the head of the highest paid actor, he might have been thinking that going from Sherlock Holmes, to Tony Stark, and now Dr. John Dolittle would be a nice fit for him. It’s sad to say, but it’s not. Dolittle is the third version of the adventurous vet that can talk with animals (Rex Harrison & Eddie Murphy being the other two) and this is by far the weakest iteration. Dolittle is lacking in wonderment, filled with fart jokes, and incredibly corny. This movie stinks worse than the zoo.

The beginning of Dolittle looks promising and had me thinking of what should have been. We get an animated intro about John’s ability to talk to critters and adventures he had with wife Lily, until her untimely death on a trip at sea, derailing their animal utopia. The illustrations are beautiful and it had me wishing Dolittle was an animated picture instead. Sadly, what we get are CGI animals, voiced by an all-star cast- John Cena as the polar bear, Emma Thompson as the wise parrot Poly, Rami Malek as Chee-Chee the gorilla. The current state of affairs is that after the passing of Dolittle’s wife, he becomes a recluse, until a precocious young boy named Tommy (Harry Collett) stumbles into Dolittle’s animal sanctuary. The boys arrival, along with a summons from queen Victoria (Jessie Buckley in a terribly pointless role for the rising star), in hopes to save her from her death bed, instantly snaps the animal specialist out of his funk. He is ready to go out on another adventure with his furry friends at his side.

Making a movie with talking animals has rarely been a major success. Babe and Babe: Pig in the City are the gold standards, where the rest of them range from Look Who’s Talking Now to Kevin James bumbling around in Zookeeper. The majority are awful and Dolittle is no different. The problems lie in choices made. Downey has chosen to speak with a strange, graveled, accent, which sounds like a British person with a cold. I hated it. The script, written by Gaghan, Dan Gregor, Doug Mand, and Thomas Shepherd is eager to move the journey along, without ever building the characters. Any chance for nuance or comedy is wasted on each animal getting their moment to deliver lame animal puns. Dolittle and the boy sail off to find the journal of his late-wife, which leads them to an island with a healing fruit for the queen. Along the way animal friends standout (the squirrel is cute), while the villainous Dr. Blair Mudfly (Michael Sheen) chases them in hopes to destroy Dolittle once and for all. A run-in with Antonio Banderas as the scene stealing King Rassouli is fine, there’s a run in with a tiger, and a green screen chase sequence. It all might sound interesting, but instead it’s often tedious, rarely funny, and rises slightly above entertaining. Oh, and did I mention fart jokes? There are plenty of those, each one deserving an eye-roll, an egg farting duck, a farting gorilla, and a farting dragon scene that could be used as evidence to revoke Downey’s SAG card.

No, Dolittle is not the next venture for Robert Downey Jr. that should produce multiple sequels, in fact the entire cast of this film is much better than the material on the screen. I don’t even think I would recommend taking your kids to see Dolittle, because I have more respect for them, certainly more than anyone on this production does. We are better than butt jokes, animal flatulence, or lazy adventures. Dolittle is a movie I wouldn’t even show to my dog. 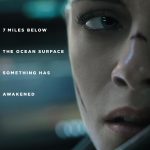 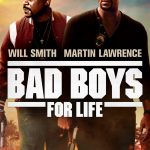