This is my first time covering Fantastic Fest and I just hope the movies live up to what the festival is called. I don’t think I have too much to worry about, because one thing I know, when something is happening in Austin, Texas there is sure to be plenty of fun. The headlines of this years festival are three heavy hitters in Taika Waititi’s Jojo Rabbit, Bong-Joon Ho’s Palme D’or winner Parasite, and Rian Johnson’s new whodunnit thriller Knives Out. That’s why my job is to tell you about the other movies playing at Fantastic Fest. Besides those must-see-movies, there is a lot of exciting horror, action, sci-fi, and genre movies to see with great crowds. Fantastic Fest is like Cinepocalypse…only bigger. Here are a few movies that AMovieGuy.com thinks you should check out:

I would not have picked a movie like Amigo unless somebody had told me. That’s not because the premise is bad or the actors are not as well known, but that’s because I had not heard of it at all. Amigo is one of those “go in blind and enjoy” kind of movies. It reminded me of Michael Haneke’s Amour, a movie about an elderly couple taking care of one another in their deteriorating stages. Amigo is about two brothers, Javi (Javier Botet) was in a car accident that has left him paralyzed, and now brother David (David Pareja) is left to be his caregiver. Nurses will visit to help and the struggle for Javi will be a continuous struggle. With each passing moment, the two brothers start to go mad, which is where Amigo becomes a claustrophobic and isolated boiler. It is a creepy and hand wrenching experience, one that I think fans are going to love.

I don’t think there is a better writing and directing duo working today than Justin Benson & Aaron Moorhead. The minds behind Spring and the independent hit The Endless, finally have the budget to go along with their genius writing, and that movie is Synchronic. Starring Anthony Mackie and Jamie Dornan, this is a truly original sci-fi picture. It is a story about two paramedics, Dan (Dornan) and Steve (Mackie),  both partners and best friends, living in New Orleans and drinking their minds away to forget the bloody scenes they show up to on a daily basis. When a new psychotropic drug arrives on the streets called Synchronic, Dan and Steve begin to notice that the drug is causing people to burn themselves alive, stab friends, and jump off buildings. Instead of this being just another case of Breaking Bad, there is a more mysterious reason to all these problems and Benson & Moorehead do an excellent job of keeping things fresh and original. Even if you have issues with minor details of the plot, Synchronic is a breath of fresh science fiction air.

When movies at a film festival do not live up to any expectations, it is a hard pill to swallow. Fortunately for the small, independent films, when you are disappointed, it is not for a lack of trying. That can be said for the Greek film Cosmic Candy, which is trying too stylish of a weird buddy film, and meanders so far it loses the audience. It is about Anna, an eccentric woman, working at a local supermarket, and living alone in her apartment complex. When her neighbor- a ten-year old girl- winds up at her doorstep, with her father not coming back home for some time, this thrusts Anna into the position of taking care of the kid, something she is not up for. There are a few laughs and quirky moments, but for the most part Cosmic Candy never connects all the threads together. It’s a mixture of a Wes Anderson film and maybe the Cohen brothers, but fails to be enough about our characters.

I almost wish I had not seen Amigo before watching Rock, Paper, and Scissors. The plots are somewhat similar, but the former is more sadistic than the latter. This is a dysfunctional family event, where half sister Magdalena arrives to the home of Jesus and Jose Maria, after the passing of their long disabled father. The return is to discuss one another shares of his inheritance, but when jealousy, and the long trauma of taking care of the father unleashes on Magdalena, there’s a bit to discuss. A movie to compare Rock, Paper, and Scissors to is Stephen King’s Misery, only this time there is much more family drama to handle. I think this one will surprise Fantastic Fest audiences.

MOVIE: TAMMY AND THE T-REX

I don’t even know what to say…If you have heard about Tammy and the T-Rex, you better just do yourself a favor and see it once in your lifetime. This movie exists and the fact that it has been dug up makes the world better because of it. Stewart Raffill’s picture is best described as wacky. It’s an awful movie, about a high school kid named Michael (a young Paul Walker) who loves cheerleader Tammy (Denise Richards), but when he is beat up by Billy (George Pilgrim) the school bully, he is left in a coma. You might think, “huh, that doesn’t sound so weird”,  but then a mad scientist steals Michael’s brain and puts it into a robot T-Rex. Michael’s consciousness is alive in the pre-historic beast and stomping of people ensues. Tammy and the T-Rex is best observed with a crowd and just trust me when I say you have to see this movie. It’s awful and I highly recommend it. 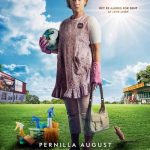