I would place Britt-Marie War Here on the list of “movies that we don’t get enough of these days”. You might call it a movie for your parents or something you catch on an airplane, but above it all, this is a movie that deserves our attention. I don’t want to oversell it. There’s no action in this story, there’s a good amount of comedy, and an uplifting tale about a 63-year old woman that finds the courage to leave her jerk of a husband. That might spark your interest or it might help you escape from the sadness in the world. I just found it to be refreshing. I was reminded of Marc Turtletaub’s delicate 2018 romance picture, Puzzle– which still deserves your attention today. What amazed me even more about Britt-Marie Was Here, was how well crafted director Tuva Novotny has put this together, especially with a cast of actors only known by intense cinema buffs. That is just one of the many good things to say about Britt-Marie Was Here, because this is an independent film, about self discovery, no matter when you want to start.

The title character of Britt-Marie is played by Pernilla August, who you might remember from Star Wars: Episode I- The Phantom Menace, in the role of mother to Anakin Skywalker. This is more of a step outside her comfort zone, playing a women that lives life on a strict schedule, always cooks her husband a hot meal, and always makes sure to clean anything in the house that could use an extra shine. It’s not until Britt-Marie receives a phone call that her husband is in the hospital with a heart attack, where she arrive to his bedside, only to find his mistress beside him instead. Awkward… This is the final straw and Britt-Marie has finally had enough.

Britt-Marie Was Here is adapted from the best-selling book by author Fredrik Backman, whose previous novel, A Man Called Ove, earned critical praise and the film earned Oscar nominations for best foreign language film and best makeup. The stories have similar themes, with a gender swap this time, where Bitt-Marie is the older, beleaguered character, living in her small Swedish town, but only this time she is the one pushing back against those who mistreated her. What Novotny, Anders Frithiof August, and Oystein Karlsen do with the script is gradually peel Britt-Marie out of her shell. She has never worked outside of her home, a product of her generation, being taken advantage of, and taking care of her adult child all this time, eventually shifts to taking care of the kids playing soccer at the local recreational center. The place is a mess, nobody has put the effort into having respect for the place, so maybe Britt-Marie is just the person this place needs? Or maybe they need each other?

The subplots arise in the towns-people surrounding Britt-Marie, some that either bring levity or love to her life. She meets the man at the local bodega who welcomes her with open arms to the neighborhood, catches the love interest of the town’s gentle police officer Sven (Anders Mossling), and tries to fake it till she makes it coaching the children soccer. Tuva Novotny doesn’t even pretend to show us a rag to riches story of the soccer team, because this isn’t The Bad News Bears. This is Britt-Marie finding her voice. Speaking for herself, thinking of only herself, after years of putting everyone else first.

Some may see a film of this nature to be too calm to be something they seek out. Admittedly, it is the pace of Britt-Marie Was Here and the lack of a better supporting performance to why it isn’t a 3 ½ or 4 star movie. Part of me still wants to praise it, because as critics and cinema lovers, a movie like Britt-Marie Was Here is where we put our money where our mouths are. The performance form Pernilla August is a transformation and the direction from Tuva Novotny is both meticulous and delightful. Novotny’s work is so impressive that the rest of Hollywood better take notice. Britt-Marie Was Here is the heartwarming movie of the year. 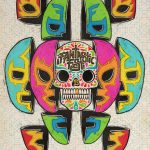 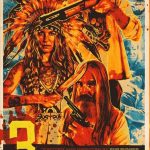