I think movies should have a directors note ahead of a screening. The uncommon audience is typically in for a rude awakening when watching a Terrence Mallick film for the first time and the same can be said for a Rob Zombie feature. There should be a large, flashing warning before watching any of his work. Something along the lines of, “This movie is bloody, nasty, and if it is your first time watching a movie made by Rob Zombie, you are not prepared.” I know that is what the MPAA rating system is for, but even that R rating doesn’t do the movie any service. 3 From Hell is the third installment, following House of 1,000 Corpses and The Devils Rejects, in Rob Zombie’s series on the Firefly family and what’s most shocking about this one is how tame it is. I say that in terms of Rob Zombie films. It still has blood and violence, but similar to Quentin Tarantino’s Once Upon a Time…In Hollywood, this is a mature, more subdued narrative for the horror director. Things pick up 8-years later, with the trio on death row, making one last plea to those that will listen to their wacky call for a pardon. Of course these are stone-cold killers and the gang of Baby (Sheri Moon Zombie), Otis (Bill Moseley), and Captain Spaulding (Sid Haig) will find their way to get out. It is just inevitable. 3 From Hell is another road trip with the devil and we are riding shotgun.

One of Rob Zombie’s more unique choices with 3 From Hell is the beginning, which has the look of super-8 camera, documenting and catching us up with all the havoc that the Firefly characters have been wreaking in prison. Baby getting in bloody fights with her security guard Greta (the legendary Dee Wallace), and still wildly shouting at the parole board one last time, while Otis is preaching that he is the devil in person, but what sadly changes this time is that Captain Spaulding is the unlucky one. He eventually takes a ride on the electric chair and although it is a horrific and a somber ending, especially considering actor Sid Haig recently passed away, it is also a perfectly twisted sendoff for an actor and character that will be synonymous with the films of Rob Zombie.

The rest of the story takes place on the road, with Baby and Otis making mince meat out of a pair of enthusiastic hunters, and meeting up with their cousin, one Winslow Foxworth Coltrane (Richard Brake, bringing a much needed wild energy) with hopes of riding off into the sunset of Mexico. There travels takes them to a dirty, green lit motel, where they shack up for the night. Baby just can’t help herself in killing a sad man that thinks the devious lady would actually be interested in him, which sends the trio to the border quicker than they were hoping.

For Rob Zombie this is a major step in his career, he’s clearly taking a step to a more mature approach to his violence, while also still a director that will need to grow on some. There will always be those who hate the The Lords of Salem director, and that will make sense to me, but following his work from film to film has certainly been a ride. 3 From Hell is a mixture of a hang out film and an expression of violent freedom. When the vicious trio makes there way to Mexico, they lay back, enjoy the drinks, and enjoy the women, before the climactic shootout with a gang of the Mexican cartel. It’s an orgy of blood and body parts.

It may be contradicting to say that 3 From Hell is both a redundant celebration in all the madness that Rob Zombie brings to the screen and a beautiful swan song to the saga of The Devil’s Rejects. That’s how you know that Rob Zombie is a true artist. He makes you crazy, scares you with the capabilities of humans, and reminds you that he is expressing himself to the fullest extent. 3 From Hell is a wild ride, bringing more of that Rob Zombie fire and fury than ever before. 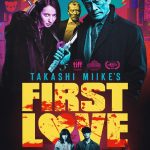