There will be a dark cloud of chaos hovering over the Music Box Theatre for one week- starting Thursday June 13th and closing on Thursday the 20th. It’s not the bad kind of chaos, where people get hurt. What I am talking about is the 3rd year of Cinepocalypse, the film festival that conjures up the fun kind of chaos. It is the kind of energy that causes swarms of fans to flock together, gathering in a shared enjoyment of wild entrainment. For the past three years, the bar continues to be raised by this festival. This year they are showing respect to character actor Michael Ironside- who will be in attendance for a screening of Total Recall and director Joel Schumacher, who will be presiding as Jury president, that is a living legend right there. On top of that, there is a plethora of strange genre films, premieres of Glenn Danzig’s feature debut, horror movies to scare you silly, and closing with a screening of Airheads including director Michael Lehmann in person. Honestly, it might be the wildest Cinepocalypse yet. Here are some of the movies that AMovieGuy.com thinks you should check out:

If there is one movie that I am highly anticipating at Cinepocalypse 2019 and it is The Lodge. This is the follow up horror film from directors Veronika Franz & Severin Fiala, notoriously known for their frightening work on Goodnight Mommy. That was a movie I never shook, so the bar is high. This is a claustrophobic film, of a family stuck in a cabin during a frozen cold storm, starring Reiley Keough and Richard Armitage. There is a dark, even twisted mind between these two directors and that is why The Lodge just might be the must-see movie of Cinepocalypse 2019.

I’m suggesting seeing Flatliners at Cinepocalypse because I think this is a movie that deserves a second look. Not loved by critics and painfully remade in 2017, Flatliners is a movie that captures the kind of movies Hollywood had the guts to make back in 1990. Director Joel Schumacher made a movie that dealt with life and death in an unconventional way. Flatliners would most likely never be greenlit without the spectacular, all-star cast, but it all comes together in a movie that has the spirit of the 90’s. Not to mention, Julia Roberts is an absolute vision here.

MOVIE: ATTACK OF THE DEMONS

By far the most surprising movie of Cinepocalypse is Attack of the Demons. This is the lowest of the low budget movies and yet it is above and beyond the most creative. This is an animated film, shot with the old-school South Park construction paper animation. Director Eric Power knows exactly what movie he is making and with a dry wit of humor, inventive displays of animation past, and a gnarly horror film about three people surviving a zombie attack in their small Colorado town. I hope many of you will go see Attack of the Demons. It is a movie like this that deserves our praise and a big audience to support it.

Talal Selhami’s Achoura is comparable to last year’s surprise foreign hit Satan’s Slaves. It is a Moroccan horror film, about a group of kids that become possessed by a demon and must bond together many years later to save their friend. This is a combination of It and a Guillermo del Toro film, with freaky settings, fantastic monsters, and a fast moving narrative. It begins a bit slow, but Achoura crept up on me and had such horrific images. This is the stuff we see in our nightmares. 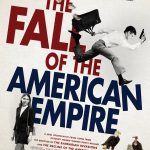 The Fall of the American EmpireReviews 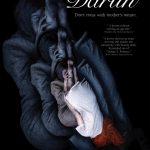