MOVIE: THE FALL OF THE AMERICAN EMPIRE

The Fall of the American Empire begins with a conversation between Pierre-Paul (Alexandre Landry) and his current, but soon to be ex-girlfriend Linda (Florence Longpre). The dialogue is rich in banter, similar to the opening argument in The Social Network, where Pierre is frustrated with the unfairness of the world. He laments about the death of intellectualism, a world where he feels nothing but emptiness, void of happiness and so he lays it out on poor Linda. This engaging bit of dialogue is the best moment in Denys Arcand’s The Fall of the American Empire and after that, it is mainly a pedestrian “heist gone wrong” film. Arcand has a lot to say about capitalism, government, finding happiness in the world, but while he is saying it, the drama becomes quite stale.

Pierre-Paul is a free thinker and works as a delivery man. One day, during a routine drop off, he approaches a store run by mobsters, and that is currently being robbed by two men. Unsuspecting to the criminals, there is a guard with a massive gun, prepped to take them out. There is a long fire fight, leaving the body guard and one of the robbers dead, while the second man runs off with a bullet to his behind. What’s left outside is a massive bag of money and before any police arrive, Pierre scoops it up and places it in his delivery van. It’s as if money has just been given to him as a gift and now he has to figure out how to make his luck last.

This is when The Fall of the American Empire goes from witty, inspired narrative to a sluggish, pedestrian affair. Writer/director Arcand has been called “one of Quebec’s most politically aware filmmakers”, and although that may be true, his messaging here seems to be a bit lost. Pierre-Paul contacts financial criminal and recently released from prison- Sylvain “The Brain” Bigras (Remy Girard) to help him smuggle his cash, but keeping it a secret is hard when Pierre is spending it on Camille (Maripier Morin), a beautiful prostitute that becomes involved on the financial scheme. The plan is silly, burying the cash, with hopes of time passing, and somewhere in-between is a message about white collar crimes, how the world pushes the less fortunate into a world of evil-doing, and the monotonous wheel that is existence. All of that would make a good movie if the way it was told wasn’t so boring.

The cast involved is on board with performances that range in the collective “fine”, but nothing said ever sparked my mind to go beyond the constructive thinking. What may have been a factor is that The Fall of the American Empire is the third film in Arcand’s political film trilogy, something I knew nothing about. The prior two films: The Decline of the American Empire and The Barbarian Invasions earned massive acclaim, including the Best Foreign Language Oscar for the later. Although seeing films out of order should not matter in terms of narrative intrigue, at least now I have reason to watch more of Arcand’s work. That is at least one positive out of this film.

In the end, The Fall of the American Empire is attempting to do more philosophically than a mindless action film might do, but when it’s not generating a spark of intrigue to the viewer, that means the job is not done right. We are living in times where movies should be making statements, fighting against the systems that continue to oppress the people of the world, instead The Fall of the American Empire comes crashing down without a sound. Go see Booksmart or Long Shot. Those movies speak more to our times, ushering a new empire on the rise. 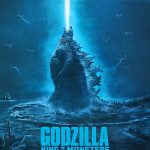 Godzilla: King of the MonstersReviews 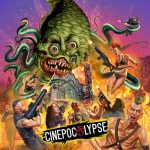