The central themes of Ash is the Purest White, is the time and space of our lives. This is a love story kept at a distance and a tragic tale of a failed relationship. Qiao (Tao Zhao) and Bin (Fan Liao) are a couple that run a mahjong club together. They smoke cigarettes constantly, serve drinks to their circle of regulars, and Bin tries his hand at being a small time gangster. With the narrative starting in 2001 and ending in 2018, it gives us enough time to watch the couple engage in moments of pleasure, fall apart from one another, and eventually reconnect after the dust of past turmoils have settled. Even with a periodically frustratingly slow pace, Ash is the Purest White is a poignant film from director Zhangke Jia, about the sacrifices we make for others and the pain that comes after.

In order to appreciate Ash is the Purest White, it’s important to understand the unorthodox style of writer/director Zhangke Jia. His approach is never in a straight line, in fact, I would say all his films zig and zag. Early scenes look similar to the approach of a mobster movie, the camera focusing on Qiao, mysteriously surveying the club, and leading the camera to a back room of gamblers- a sequence reminiscent of Martin Scorsese’s historic Copa Cabana scene in Goodfella’s. However, in Qiao and Bin’s relationship, the moments for each other are short lived. The pair enjoys a night of dancing, a real Saturday Night Fever vibe, followed by a late drive home, but they are swarmed by a group motorcycle gangsters who drag and beat up Bin severely, forcing Qiao to protect them by firing a gun into the air. In China, owning a gun is a crime and Qiao goes even further by taking ownership of the weapon to protect Bin from jail time. Sadly, her love and sacrifice will not bring them closer, the damage is already done.

Although this is a film about the love between two people, it is more accurate to say that this is solely about the journey of Qiao. The performance by Tao Zhao is layered, playing a woman guided by a selfish man, unwilling to fully commit to her. An impressive factor lies in the narratives ability to fast forward large chunks of time- with the help of natural looking makeup- pick right back up with Qiao, who now seems broken inside from serving her five years. Her return to society and to Bin is cold, a barrier of grief has been placed between the two, with emotions of guilt and loss evenly pressing on what little love remained.

I will say, if I have any major beefs with the story, it is the films ending, which left me cold, and with a feeling of being incomplete. I even wonder why Jia decided to cut it off at the present date? There is something to say about his finite decision to not show us how much more these two characters would progress. Maybe there needs to be an Ash is the Purest White 2? From moment to moment, we are along for the journey with these characters and to feel left open ended may be Jia’s point, but it stings to our commitment.

Another film that I kept thinking of while watching Ash is the Purest White was Barry Jenkins magnificent 2018 work- If Beale Street Could Talk.  These two films make the perfect double feature, about love in a hopeless place. Love that is released is a beautiful, sometimes reckless thing, but when love is restrained it becomes a caged animal. There is a scene midway through where Bin’s friend explains, “I enjoy watching animal documentaries because it makes me think of humans.” Which is an interesting comparison to the relationship of Bin and Qiao. They are the beautiful species that we are watching and from beginning to end, it is fascinating. It may be a bit bleak, but Ash is the Purest White is magnificent filmmaking. 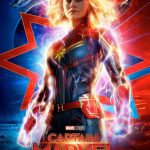 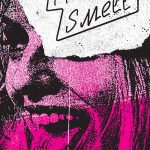