Knife + Heart opens with a scene that is both extremely violent and hyper sexual that it feels like a test for any audience member for what they can stomach in their horror films. I certainly hope you can stick it out, because I found Knife + Heart to be one of the cooler, more artistic horror films in the past few years. The setting is the 70’s, and the first murder is the beginning of a string of murders, involving a masked person, who hunts various men starring in the male-male porno films directed by Anne Pareze (a fascinating Vanessa Paradis). These killings coincide with Anne’s own personal problems, a disintegrating relationship with her editor Lois (Kate Moran), assisted by her problems with jealousy, and drinking. With a mysterious, neon look, an electric score by M83, and a cool homage to past foreign horror films, Knife + Heart is a horror movie with edge.

It’s important for the audience to know what the “Giallo” style of cinema is. It is a 20th century Italian genre of horror, which became wildly popular in the 60’s & 70’s with directors such as Mario Bava, Lucio Fulci, and Dario Argento raising the bar. The style typically features masked killers, hyper-colors, and themes of sexuality. They also include violent murder, darker lighting, and more deliberate staging, creating a mis-en-scene that looks like a real life doll house. Nowadays, fans start with Argento’s Suspiria and work their way back, but Knife + Heart not only nails the themes of Giallo, it feels like it was meant for a different decade. Director Yann Gonzalez is obviously a student of the genre, and he has a lead actor in Paradis that fits the bill of a mysterious, femme fatale.

As the mystery of each murder becomes darker, Anne’s decent into madness becomes scarier. Her breakup with Lois is complicated, with both lovers still having an affection for one another, but torn away from the passion of their love due to the unhealthy nature of it all. The script from Gonzalez and Cristiana Mangione is an extremely unique mixture of the horror genre and French New Wave cinema. There are various dream sequences, involving distorted, black and white images that remind us of the films of Ingmar Bergman, while keeping us guessing to who the killer is. It is Anne’s unpredictable nature that makes her the prime suspect from beginning to end, and yet I feel I have said too much because discovering Knife + Heart is much better than reading about it.

At the center of Knife + Heart is great style. It is certainly a film with moments which will test what one finds as art or exploitation. The scenes of sexual activity are there, but tastefully done, but the violence is bloody and never tame. This is a balance that Yann Gonzalez must have, one that he achieves when Knife + Heart is viewed in the scope of most giallo works. For those that were disappointed in Luca Guadagnino’s 2018 version of Suspiria (I was not one of them), you may find what you were looking for here.

Honestly, I found Knife + Heart to be exactly what I was looking for. If you have an affection for films such as The Bird with the Crystal Plumage, The Beyond, or more recently Ti West’s The House of the Devil, you will love this film. It’s bursting with color, erotic at times, has a leading blonde that I couldn’t take my eyes off of, and a score that is on the same level as Johann Johannsson’s work in last year’s horror hit- Mandy. When all of those things come together it makes a good argument that the giallo style genre is destined for a triumphant return. 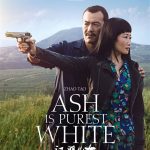 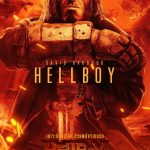