The word cold is the best way to describe the films of Pawel Pawlikowski. He follows up his coldest film- Ida, with a film that I would describe as frigid. Cold War is a tragic love story, shot again in black and white, that is continuously interrupted. Broken up by war, broken up by life’s many complications, broken up by sharp edits from the Polish director. It’s not the typical love story and yet, it is the perfect representation of love surviving in a post world war II universe. Cold War is another masterpiece, from a director that finds misery to be his company.

The opening of Cold War makes you believe that we will be watching a movie set at a post-war American Idol music camp. Wiktor (Tomasz Kot) is a composer, judging the talent of musicians and singers for Poland’s women’s choir. One of the promising singers is Zula (Joanna Kulig), maybe not the most talented, but certainly unique in looks and effort. She catches the eye of Wiktor and the two of them embark on a relationship that is not accepted by the stern company manager Kaczmarek (Borys Szyc). The group tours from town to town, with Wiktor leading the choir, eyes constantly locking with Zula, a love that is forbidden, and pushed down by the restrictions of society.

Much like Roma, the other black and white foreign language film this year, Cold War is an achievement beyond just a strong narrative. The cinematography from Lukasz Zal is a thing of beauty. There is an interesting mixture of set pieces, long song and dance numbers, miraculous looking design, and a long take dance sequence of Zula at a nightclub that submerges us into a time and place. It’s all balanced by the black and white look, at times jarring when the scenes stop abruptly, then fast forwarding us to another place and time. Wiktor and Zula have either been separated or coincidentally running into one another many years later. Surprisingly, things pick up without a glitch. There will always be a connection between these two. No matter how divided their country is.

Unlike other directors, I believe it is important to see Pawilkowski’s Ida or his prior films before seeing Cold War. His style is his own and he is a magician with composition. He framed Ida with a certain touch that was important with the narrative. In Cold War, his composition is disjointed, often leering from another angle, continuing his track record of making the camera be his voice. It also helps when his focus is on the fascinating Kulig. Her performance is everything here, where she carries the weight of her misery on every limb. I think every casting director should make her the next big star.

The final result is another masterpiece, which earned Pawilkowski an Oscar-nomination for best director, something that was earned, not just given. Cold War is a dark, tragic romance, that of course has an ending that is equally shocking to the ending of Ida. At this point, one can only expect Pawilkowski’s films to deal in the emotions of depression and sadness. It seems to be the only thing he knows, but that does not stop him from making a movie that features an artists gracefully conducting his craft. Cold War may be frigid, but it is worthy of high praise. I would like to name Pawel Pawilkowski the master of melancholy. 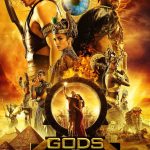 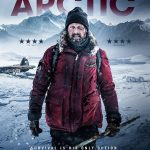