In my eyes, Al Gore is an American patriot. Throw political parties out the window. He’s not just trying to save the planet for himself, he’s trying to save the planet for my children and my children’s children. You can think that climate change is a hoax or can disagree with Gore, but he’s still going to keep fighting to save the planet. An Inconvenient Sequel: Truth to Power arrives 10 years after Gore woke audiences up with his Oscar winning documentary- An Inconvenient Truth, and comes at a time when informing the masses is needed more than ever. Director Bonnie Cohen and Jon Shenk do an impressive job, making a sequel that continues to prove that climate change is the most important matter that all humans must make a priority.

In 2016 we had our hottest year ever and before that it was 2015. Since Gore made his first groundbreaking and informative documentary, the United States made enormous strides to make climate change a major priority. Now, it is looking like all of the ground made during Barack Obama’s 8 years in office will be set back for 4 years at least. What’s fascinating about this second documentary, is instead of focusing on a glorified Al Gore TED Talk, Cohen and Shenk follow his activism. From his time walking through flooded roads in Florida, to his inspiring work at the Paris Climate Agreements, Gore is constantly in the thick of the fight.

What is impressive about the direction from Cohen and Shenk is their ability to give audiences an inside look at the hard work of someone fighting for what he believes in. The two directors have often made films that deal with important subject matter, such as last years Netflix documentary Audrey & Daisy, which shined a light on the toxic epidemic of sexual assault on high school women. Here they stay right with Gore and have kept the film current, including leading up to the films final interview with Gore after Trump pulled the U.S. out of the Paris Climate Agreement.

There is also a surprising amount of emotional moments in An Inconvenient Sequel. We are shown a fair share of shocking video of climate change destroying the lives of others. Flooding, droughts, high temperatures, and high winds all displaying mother natures fury. The films most vulnerable moment comes when Gore is set to deliver a live-televised speech in Paris, informing people about the effects of climate change. It all comes to a screeching halt when news breaks about the terrorist attacks at the Bataclan theater. Gore is visibly shaken, doing the best he can to inspire strength in those trying to grasp the tragedy. It is a moment such as this which reveals that Gore does not take on climate change as a joke. He wants all humans to live a long and fulfilling life.

Like any informative documentary there are a fair share of charts, graphs, and data that prove the changes we see from countries that are changing to more green forms of energy. But like any documentary with this kind of information, the pace becomes a bit tedious for any audience member. That’s something I expected. Either way, An Inconvenient Sequel does light a fire under a fight that we can’t give up on. It’s not as good as the Netflix Documentary Chasing Coral, a film that shows how climate change is killing our coral and reefs, but this is another film that will inspire people to fight for our planet. Al Gore gives us a reason to believe in saving the planet. His message must be heard by all. We can all get together and save this planet. We better, it’s the only one we got. 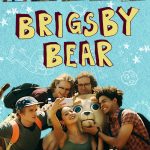 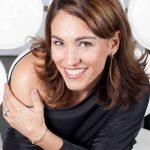