Who at any point of their life can’t say they were passionate about something? Some loved Star Wars or My Little Pony growing up. Or maybe you had a passion for collecting stickers, reading comic books, or watching Thundercats on Saturday morning cartoons. The underlying message of Brigsby Bear, an odd, but kind film, is “find something you love and do the best you can at it.” Part satirical comedy and part independent gem, Brigsby Bear is about a boy named James (played by SNL regular Kyle Mooney), who was kidnapped at birth by a couple (played by Mark Hamill and Jane Adams). This “family” lives in a bunker where James’ obsession in life is watching his favorite show- Brigsby Bear. What he doesn’t know is that the big headed teddy bear does not exist to anyone outside of him and when the police take him back to his real parents, leaving Brigsby behind, it is not an easy obsession to forget. Director Dave McCary has made an adorable film, celebrating ingenuity, and ones passion for creativity. With plenty of laughs, a charming cast, and a sweet message, Brigsby Bear is a unique comedy.

What works about Brigsby Bear is a surprising touch of kindness throughout. I was expecting, since this was produced by The Lonely Island, the same people who brought us the brilliant- Popstar: Never Stop Never Stopping, a film with goofier gags. Instead, director McCary has a heart, treating the material and characters seriously. Co-written by Kevin Costello and Mooney, they have an affection for people who care about things in pop culture. We see bits and pieces of the 80’s looking children’s show, and part of me can admit, I became interested in Brigsby Bear myself. Although James has been isolated from a world full of more experiences, he is not lacking in a passion for the inventive.

When James is taken by the police, the first person he comes in contact with is Detective Vogel (Greg Kinnear), who deals with the situation carefully, helping someone that’s been kept away from the outside world. His real family, played by Michela Watkins, Matt Walsh, and Ryan Simpkins try their best to acclimate James to everything he missed, such as family dinners, movies, and a house party with sister Aubrey (Simpkins). It is the lost time and mental state of James that is not studied enough, but his obsession for Brigsby becomes infectious to others around him. When he explains it with such joy and appreciation, it’s hard not to see why, even if this is an unhealthy situation, that the Brigsby love wins out. Besides, would you stop loving something if you were told not to?

Although it feels like a standard Sundance film at times, Brigsby is constantly funny. Mooney, who is an underutilized performer on SNL, shines with a child-like sense of wonder. He’s equally nerdy and the perfect kind of awkward. When James gathers the idea to make his own Brigsby movie, his journey to making his low-budget film hits all the right chords about strange people making their dreams happen. Although Brigsby Bear fails at mining into the psyche of our hero, scenes with therapist Emily (Clair Danes) feel rushed and not understanding to those in therapy, however the stronger moments fit in nicely. Brigsby will be a great double feature with The Disaster Artist, a movie that arrives this December.

In the end, the charm of Brigsby Bear wins out. Mooney and McCary have made a film that speaks to the spirit of human beings, while making us laugh at the sad state of what it means to be obsessed. I related to something like this because I too know what it’s like to be obsessed with something. A movie like Brigsby Bear teaches us to embrace people who find a passion for something, if we don’t, we won’t have smart movies like this being made. Brigsby Bear is one big cuddly movie that I recommend. 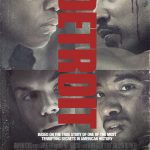 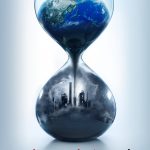 An Inconvenient Sequel: Truth to PowerReviews