AMG.com: Tell me about Footprint Features and how this Production Company came together?

Adam: Absolutely, Footprint started as a theater company, it was called Footprint on the Sun, and the idea of that name meant accomplishing the impossible. Thats where our logo came from. A bunch of friends and I brought a theater company out of college and then we started one in Los Angeles. Then I went to graduate school for acting and one of my co-founders Ben went to graduate school for Directing and everybody went their separate ways. I came back to LA in 2007 as an Actor and the writers immediately went on strike. I thought if I do not come up with a solution I will be waiting tables till I am 100. I got the entire group of friends back together and said “we did it twice before lets do it again and start a film company. We had no idea what we were doing. The old Mark Twain comment “all you need to be successful is ignorance and confidence” and we went for it.

I got a job at Spyglass and worked there as an intern covering desks and I took night school at UCLA’s producing program and from there I started to raise money, put together a business plan, and it took over 2 years to raise money for the first film “Family Weekend” which came out last year, and from there it was a lot easier for “About Alex”. Now we have 2 films under our belt and a lot of things are happening. We have 1 next year and a couple after that. Now everything is a lot smoother, but the beginning stages were by hook or by crook.

AMG.com: Talk about working on the new film “About Alex”, how did this project get put together?

Adam: Edward Zwick who is an extraordinary filmmaker he and I got connected and he helped me out with “Family Weekend”. He was instrumental in getting that made. We formed a great relationship out of that. From there he sent me (Director) Jesse’s (Zwick) script. I read it and I loved it. I said please let me produce it, I would love to produce it. It was Jesse’s script and his decision, so he connected me with him and we had a great meeting. I said to him, “Look, your going to get interest from bigger production companies and other people that want to do it with bigger budgets, but I can tell you that if you let me options this material I will make this movie.” And Jesse did show it to a lot of other people. Production companies made offers on it, but he came back and he is happy we held up our end now that the movie is out!

AMG.com: Can you talk about getting a large ensemble cast of young Actors to work on a film like this? What did it take to make this group buy in?

Adam: I think its a testament to Jesse’s script. He wrote a great character driven script about people where each individual has their own specific arch. As a director he was great with the actors, they al met him and loved him. You add the fact that we had an amazing casting director Linda Lowy, Emmy Award winning casting Director Will Stewart, together they have cast incredible projects so that lends credibility to it. And of course having Ed Zwick and Marshall Herskovitz Executive Producing, there was a lot of credibility surrounding this project with great people, with a great script and Jesse meeting the actors closed the deal.

We were fortunate with the actors too. Max Minghella was the first to sign on, and vouched for the other actors. By the end we had not just great actors of the now, but really good people. All 7 of them showed up for the red carpet and that almost never happens. They were committed and we were really lucky.

AMG.com: Aubrey Plaza is taking big risks as an actress today doing a film such as this and “Life After Beth”, how do you go about approaching her or her agent for a film like this?

Adam: Aubrey is extraordinary. I can’t say enough good things about her. I remember watching her do a scene and after she finished I told her she was an extraordinary actress and she is. You see her in Parks and Rec and she does her dead pan comedic stuff which she has cornered the market on that style, and everybody knows her that way. I think she wants to expand! She knows, she is trained as an actress and went to NYU, she can do a lot of other things. Because she is so good at comedy people are quick to say thats all she can do, but she knows she can do so much more. When she saw the script and saw the role she said it was something she would like to do. I was blown away at how different, deep, and profound her work is in this movie.

AMG.com: Tell me about the preparation that the actors took for their roles and was anything improvised?

Adam: There was a table read and the actors did their own thing wether Aubrey was learning to cook for her character or actors were creating their process. A lot of credit goes to Jesse, he wrote a great script, but we had a lot of actors who are great comedians, like Max Greenfield and Aubrey (Plaza), and Jason (Ritter). And he gave them the freedom to riff. So there are plenty of moments in the script that Jesse wrote well and they came in and made it different, funny, and Jesse was open to let that happen. Often what happens with first time Directors is they clutch on everything. It has to be this or that way, because its scary. But Jesse had the confidence to let them improvise in certain spots and I think the movie is better for it.

AMG.com: How did you feel Jesse did for a first timer and What was it like working with his father?-

Adam: I love both of them, their whole family. Jesse was extraordinary. As a guy who never Directed a feature film in his life, to come on this stage and rock out the way he did was beyond anything I expected for him. When I met him I thought he was intelligent, capable, and he can do it, but I never would have guessed he did it as well as he did. He is creative, collaborative, talented, he is going to be a big star, there is no doubt in my mind. I am grateful to be on board and I want to keep working with him

As far as Ed goes, I feel like I owe my entire career to Ed. Found me when I was trying to get my first movie made, and he gave me a career. I am incredibly grateful to him and what he has done for Footprint, I can’t even describe what he means to me.

AMG.com: What kind of audience is a film like “About Alex” looking to target? Is this the type of independent film that can get today’s teenage-20 something audience interested in Independent Film?

Adam: I hope so, it depends on awareness, doing interviews like this, your readers, and the stars of the film doing interviews, doing press events, hopefully they will see the movie because I think if they do, that demographic of people in their 20-30’s, things like social media and how it has affected their friendships. I think it really will resonate for them. I have seen it in the test screenings that the people in that demographic go crazy for it. Its just a question of making sure they can see it. I want to do what I can to raise awareness because given the opportunity I think it could breakout!

AMG.com: You have done some acting, producing, even a little writing, where do you see yourself most comfortable?

Adam: I am a producer first. Its what I do 99% of the time, we have this movie now, another movie after that, its a full time job. My background is with acting and directing and I have been in independent films, but producing is the main focus. I love it. Its incredibly fulfilling for me to work on these projects with these talented people and put them in a position to succeed. When I acted I found it frustrating with elements that I would want them to be. As a producer I get more control over that, your putting the stew together and hopefully it will taste good in the end.

AMG.com: Where would you rank your overall experience of working on “About Alex”?

Adam: Each one is like your children you cant choose between them. “Family Weekend” was incredibly important, with guys I went to school with and grew up with. It was rewarding. And now I feel like “About Alex” is the next step. An incredible cast, a gracious crew, and working with Jesse was great! Each experience is amazing in its own and I wouldn’t trade the experience for anything.

AMG.com: What other projects does Footprint Features have coming in the near future or far future?

Adam: We have a movie coming up called “When We First Met”, which we are shooting in the fall. Jamie Travis is Directing, his last film was “For a Good Time Call”. Mason Novick who produced “Juno” and “500: Days of Summer”. Its an incredible script, we are putting cast together now and thats coming together in an awesome way. We just acquired the rights to another one after that and in the meantime I am putting together a film fund for our next four movies so I am out actively raising money so if there are people reading this interested in investing in a film fund I am happy to talk to them about that.

AMG.com: This has been great, I enjoyed a lot about this film and I am pulling for “About Alex” to get the attention it deserves. I am glad we will have my review and our interview on AmovieGuy.com.

Adam: I appreciate it Leo, I am so glad that you liked it, and I appreciate you taking the time to talk and getting the word out for us it means a lot.

AMG.com: Thank you for taking the time.

Adam: Perfect! I can’t wait to see it on AMovieGuy.com. Thank you and take care. 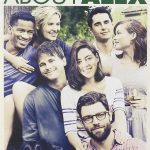 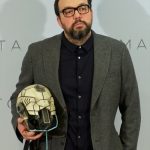