AMG.com: You Directed and Co-wrote Automata, where did the idea and genesis of this film come from?

Gabe Ibanez: The idea came from simple facts about machines fixing machines, like a printer being fixed by another machine. Or how technology would move ahead of humans. Also, my grandfather had read me classic sci-fi books, but also the idea of that machines can be much more intelligent than humans. That machines can be higher evolved than humans is what interested me and is what is already happening.

AMG.com: There is a sense of films such as Blade Runner, Artificial Intelligence, Oblivion, and I’ Robot, what kind of other Sci-fi films inspired this movie for you?

AMG.com: Can you talk about working with Antonio Banderas and his control of this role and in this film?

Gabe Ibanez: Antonio is like a big star and at the same time it is very easy to work with him because he is a generous person and very talented. For a person like me to only have one feature before this and not have a lot of experience working with actors, to work with really good actors like Antonio, Melanie Griffith, and Dylan McDermott, makes everything so much easier. For me its a great opportunity to make just a small science fiction movie. Having Antonio involved, it was important to him. It was a totally different role than what he was being offered. Everything was quite new for him, he worked so hard on this role that he even produced it too.

AMG.com: I wanted to ask you about shooting this movie in the various locations and the desert shots, where you create a sweaty, bright, barren future. How were you able to make this happen?

Gabe Ibanez: We shot all of the movie in Bulgaria, they had very good facilities there. We moved it all there to the movie studio to shoot it. Most of the city we shot in the studio and real locations. In Sofia, the capital of Bulgaria. The desert was the hard shot to get. There is no desert in Bulgaria, it is very green. It was very challenging, we shot it in a small forrest in Bulgaria and used Green screens to add the landscapes of the desert in CGI. This was important in the movie, so the CGI really helped us.

AMG.com: You have a great cast working on this film, what was the experience like working with people like Robert Forster, Dylan McDermott, and Melanie Griffith?

Gabe Ibanez: The good thing of having these strange science fiction movies is that many good actors wanted to be in this movie and that was great. As I said before, having small roles for actors like Dylan McDermott, or Robert Forester was great. To have a well know and talented actress like Melanie Griffith in such a small role was great. It was a great opportunity for me as a second film to have these people. Some think that having these famous actors is more difficult, but it is easier because they are very professional and they are interesting people.

AMG.com: Well thank you so much for chatting with me Gabe. I really enjoyed the film.

Gabe Ibanez: oh thank you very much, it was a lot of hard work and we are happy that people will like this movie. 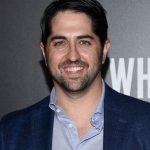 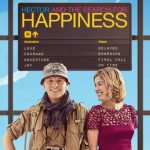 Hector and the Search for HappinessReviews