The very concept of Nicolas Cage in a western had me sold. The revival of the actor’s career has been something to be grateful for after the massive success of his perfect performance in Pig. But with every movie, there is still an execution factor, and no matter what the budget, Nicolas Cage has never phoned it in. The Old Way has Cage as a cowboy, a one-time ruthless killer that wants to leave his past behind. That of course means his demons will come back to find him and The Old Way settles for being a conventional western instead of anything to write home about.

The hero of the tale is Colton Briggs (Cage), a gunslinger, who we are introduced to by seeing him shoot down a man that owes him money. We fast-forward twenty years, and Briggs has now settled down and is running a general store with his wife Ruth (Kerry Knuppe) and daughter Brooke (Ryan Kiera Armstrong). A group of sweaty, brutish men soon roll into town– led by James McCallister (Noah Le Gros)– and to get Briggs’ attention, they leave Ruth for dead. This sets Briggs and his daughter on a path for revenge, leaving their home behind, and searching high and low to find these men.

What is both shocking and unfortunate about The Old Way is just how conventional it is. The western genre is steeped in cliches of men finding greener pastures, only to be pulled back in, seeking revenge for lost loves. The screenplay– written by Carl W. Lucas– is a cross between Unforgiven and True Grit. Director Brett Donowho does not seem interested in subverting or shifting the genre. It’s the old gunslinger forced to put the holster back on, a trope that’s been done with Clint Eastwood, John Wayne, and on. The addition of his daughter being his partner is where we get to see Cage have fun– there is a nice rapport between the Oscar winner and Armstrong– but there is also a lot of standing around. Dull dialogue seems to have characters talking at one another instead of engaging or moving the plot along.

As for Cage, his performance is fine. He can do this in his sleep. The highlights are when Briggs teaches his daughter the old tricks of the wild west. Conversations beside a fire and shooting practice at cans on a fence relax the tone. The painful stuff is when the narrative goes back to McCallister and his gang of marauders. Le Gros has worked with Cage before in the father-son drama A Score to Settle, but Donowho is hanging his hat on building things up to the final shootout.

By the time we get the big finale, things have become a bit stale, where a series of monologues kill the energy, and the mundane takes over. It feels like the blame lies on Donowho’s shoulders, making a movie that fails to elevate a collection of actors that all fit into the western parts. We all want to see Nicolas Cage play a cowboy. The Old Way is not getting the job done.

THE OLD WAY IS PLAYING IN SELECT THEATERS AND IS AVAILABLE ON DEMAND FRIDAY JANUARY 13TH, 2023. 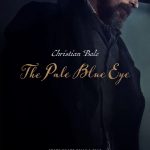 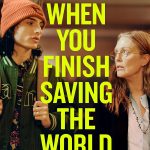 When You Finish Saving the WorldReviews