With a title such as Waking Up Dead one might assume Terracino’s new film is a horror thriller. The director is previously known for his 2012 indie comedy/romance hit, Elliot Loves, but the new film is a mix of genres that extends from high comedy to heavy drama. So, what’s up with the title? Lead character Danny is an out of work, once hot actor who is estranged from his dying mother and is essentially dying inside. He’s losing faith in his ability to make it as an actor, his boyfriend leaves him, he’s behind on bills, and seems to lack drive to do much more than search dating apps.

Played by Brazilian born actor Gabriel Sousa, Danny is a quick tempered, hot headed, thirtysomething guy whose life has seen brighter days. At least that’s what the surface suggests. At the beginning of the film we see that he’s got a lot of anger issues and disappointments that come across as typical to a down on his luck L.A. actor. Yet the situations he finds himself in also provide plenty of humorous moments. Particularly funny are the scenes in which he texts potential dates who respond with lines such as “please send an Uber.” Because he can’t make ends meet, Danny also finds himself house sitting for a friend but with no money, food, soap, or toilet paper (also leading to some very funny scenes.) Even the text graphics Terracino uses come across as light and whimsical. The editing in these early scenes is fast paced and full of flashbacks reflecting some of Danny’s broken connections. There are also plenty of butt shots to perk up the eyes of anyone who enjoys the male physique. The script is very witty, including scenes after Danny has showered with dishwashing liquid and his various visitors can’t seem to get the brand right.

These initial scenes eventually give way to a second half featuring Danny’s much darker side as he deals with the ups and downs of the entertainment business and calls from his sister about his dying mother. He also meets a former actress (played very effectively by To Sir with Love star Judy Geeson) who begins giving him career and personal advice. Through their talks, Danny discusses his relationship with his mother, a drug addict who he hasn’t seen in twenty years.

While these later scenes provide great depth to the character of Danny and explain so much about his anger and self-esteem issues, they also slow the pace down considerably. The film becomes rather talky and somewhat stilted in tone. The light, airy atmosphere of the early part of the film almost completely dissipates as the script takes its much darker turns. That’s somewhat of a shame since the first half showed so much promise as it nicely balanced real life comical situations with those that are a bit more dramatic.

None of this is due to actor Gabriel Sousa. He is more than up to the challenge of playing the comedic moments as well as some pretty heavy scenes as the narrative progresses. With his good looks, commanding presence, and New York accent, Sousa is really great to watch as a performer. He clearly has range and depth.

In the end, Waking Up Dead has some moments that make it somewhat recommendable, but it’s mix high comedy and dark drama may turn people off. The tone is just a bit too inconsistent from start to finish. There is an interesting scene towards the end though when Danny imagines a few different “endings” to his story. Each suggests the different directions his life could have taken if he’d made different choices. It’s curious that Terracino chose the darker route for his audience.

WAKING UP DEAD IS CURRENTLY AVAILABLE TO RENT OR PURCHASE VIA AMAZON PRIME. 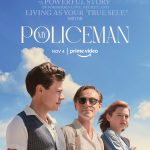 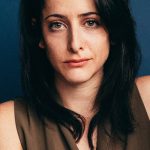