After the tragic passing of Chadwick Boseman the question was, “how could Black Panther go on?” The powerful clawed hero made an instant impact with Black Panther, one of the best of the MCU universe. Wakanda Forever is the second installment in the Black Panther series, and through no fault of anyone’s, achieving success seemed like an impossible task. You can’t replace Boseman and director Ryan Coogler was never going to try that. Instead the show goes on, with Coogler and those left behind honoring the legacy. Instead of making up a storyline that would disrespect the late great actor, the facts of life become a part of the fiction, with the king of Wakanda passing from an undisclosed disease. This leaves Queen Ramonda (Angela Bassett) and Shuri (Letitia Wright) to pick up the pieces, staying strong for the people of Wakanda, and fighting against a new enemy. What it amounts to is a new, large sweeping epic from Ryan Coogler, who delivers a more grounded sequel in the Black Panther universe. Wakanda Forever honors, mends, and excites.

With a bloated runtime of two-hours and forty minutes, it’s easy to claim that Coogler had ground to cover, but he keeps the focus centered. We catch up with Shuri in her attempt to recreate the heart-shaped plant to save her brother. After her failure, Coogler pauses to mourn, creating a large-scale somber celebration with the people of Wakanda. Dancing and flowing white robe costumes follow behind a black coffin. Now it is left to Queen Romonda to protect her people, as military operations begin to seek for the precious material of vibranium, powerfully thwarted but also waking the underwater village of Talokan. The leader Namor/Kukulkan (Tenoch Huerta) arrives, angry with the people of the surface, and seeking to find the creator of the mining tool. Not if Shuri and military leader Okoye (Danai Gurira) can get to them first.

It’s in the middle section where the plot molds into the MCU world building, the screenplay co-written by Coogler and Joe Robert Cole, which creates a balance of Coogler’s style within the Marvel plotting. Okoye and Shuri seek the help of CIA operative Everett Ross (Martin Freeman), with hopes to find a brilliant student named Riri (Dominique Thorne) with potential to become a superhero of her own. We also bring back Lupita Nyong’o’s performance as Nakia, left broken by King T’Challa’s passing, but willing to help in the fight. This squares off the Wakandan people against Namor’s and in a controversial turn stakes the two oppressed groups against one another. The story becomes a matter of revenge and protection of family, themes we saw in the first Black Panther, and something that has a heavier weight in the wake of an absent Boseman.

As an overall piece, Wakanda Forever feels segmented, some parts MCU, more parts Ryan Coogler power. It’s the Coogler stuff that drives the narrative through, reminding me of his work on Creed, where he excels at giving ample time for characters to have a say. The performance from Angela Bassett is stunning, often emotional, and rightfully leaves an impact. Interestingly enough, it is the dramatic tones that work more than the action, especially since visually Wakanda Forever has some issues, as cinematographer Autumn Durald Arkapaw seems to struggle shooting at night and underwater. It’s safe to say that when Avatar arrives in December we will see how it should have been done. The shortcomings are minor in comparison and as far as recent MCU movies of Thor: Love and Thunder or Eternals, Wakanda Forever is at least enough on its own.

It becomes a matter of hedging the bets, with Coogler allowing Letitia Wright to have her moment, allowing Shuri to glow in a new light, fighting back her anger, and choosing the correct path forwarded. But I would also be remiss to not say that Boseman’s presence is greatly missed. The third act is truly entertaining as a battle between land and water- and the presence of a new Black Panther reveals itself- sticking to the point that in our grief the superhero universe will go on. Wakanda Forever is a fitting tribute and an intriguing new chapter of Black Panther. The king is gone but he will never be forgotten. 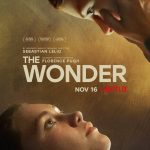 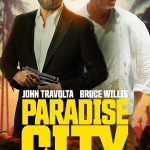