MOVIE: BARDO, FALSE CHRONICLE OF A HANDFUL OF TRUTHS

It’s clear that Alejandro G. Inarritu heard the voices. The whispers and criticism that he wasn’t as good as the awards made him seem. Or at least that is what one could glean from his recent magnificent drama Bardo, False Chronicle of a Handful of Truths. The title is a mouthful but there is no holding back from the director of Birdman or The Revenant. There never has been any holding back. Some would say that is one of his biggest problems but what is commendable about his newest film is that he doesn’t just try to do what he did in Birdman, instead he doubles down, daring the critics to stab him again. That’s what should be loved about Bardo. It’s unflinching and going for it when the risks are high. Critics already left the Venice film festival hating it, as a near three-hour run-time will test many, but what we get is a true piece of art. Inarritu is looking inward and projecting it outward on the screen. Some of it is messy but Bardo is a wonderful and fascinating piece of cinema.

The opening sequence involves a baby born and telling the doctor he wants to go back into the womb of his mother. “The world is too fucked up”, as he says. What follows screams of Birdman. Set in a desert, with the sun above, and a shadow on the ground. The figure runs, the wind picks up, and soon flies above the ground, with no strings or special effects showing. It’s a person turned into a free bird. After many minutes of flight, the story turns to Silverio Gacho (played by Daniel Gimenez Cacho- who looks very much like Inarritu), a documentary filmmaker, a journalist, and an artist of high esteem. He’s married, with two children, and finds himself at a crossroads of his life. He is going to receive an award for his work but what lingers in his mind is doubt. The plot walks us along the deep observances of his life. We follow Silverio to a television interview in his homeland of Mexico, a conversation with his wife in bed, a party thrown for him at a nightclub, moments alone walking in the desert, and deep contemplations. There’s great meaning and visuals for the audience to contemplate the experience.

For viewers, Bardo is going to be a big hit or a massive miss. The style and works from Inarritu are greatly divided among film critics- Bardo might easily be his most divisive- a film without American actors to boost it for general audiences- but still engaging in the styles he made his name with Birdman and The Revenant. What cannot be denied are the visuals in Bardo, with cinematography by Darius Khondji, and set pieces that look like great paintings. A sequence where Silverio walks through the heart of Mexico City is some of the greatest visuals one might ever see, as the main character climbs over a pile of dead bodies, similar to a Bosch painting of hell, or Jan van Eyck’s Last Judgment. It is visuals such as this that stand the test of time and transcend the kind of art that Inarritu is attempting to create.

It’s also not just all cinematic beauty, but undoubtedly a personal project for Inarritu, where he confronts things such as his childhood, mortality, the way we view our parents, and the history that impacts us all. That is not an uncommon approach for the director, who often competes with his peers Alfonso Cuaron and Guillermo del Toro is a fashion that seems great for the industry. The screenplay, co-written by Inattitu and Nicolas Giacobone, yes, is about the directors life, but also comments on how corporate greed is desecrating the lands of Mexican people, the conflicting nature of an artist who hates and loves his work at the same time, and the younger generations which zoom past us in an increasingly fast universe. One could pick up that Inarritu is not trying to get us to laugh or cry, but to live in the moments of his own conflicts.

For those that hated the single shot looks of Birdman or vanity that could emanate from a person’s work, will certainly disagree with Bardo, but that’s too simple of a response. There is work that must be done from the audience. Bardo is an experience. It is a conceptual piece of art, both abstract, and beautifully capturing the life of a man. It’s easy to get lost in it all, some of it false, some of it true, and in between the measure of a man. Bardo soars to the tops of the sky.

BARDO, FALSE CHRONICLE OF A HANDFUL OF TRUTHS IS PLAYING IN SELECT THEATERS NOVEMBER 17TH AND ON NETFLIX DECEMBER 16TH, 2022. 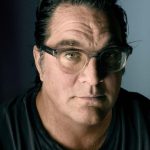 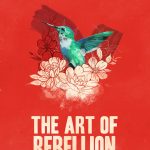