Bad Axe is quickly becoming one of the most celebrated documentaries of 2022. This past weekend it won the Critics Choice Documentary Award for Best First Documentary Feature. It has also won Audience Awards at the prestigious South by Southwest Film Festival and the Traverse City Film Festival. The love for this film can partially be due to filmmaker David Siev’s portrait of his family who struggles during the first year of the pandemic while contending with several other social/political issues that the U.S. dealt with (and arguably) still is dealing with today. It’s a very personal story yet one that will no doubt resonate with many viewers who’ve encountered a wave of emotional turmoil in the past few years.

David Siev grew up in the town of Bad Axe, Michigan, which is the county seat of Huron County in the thumb region of the Lower Peninsula. He is the son of a Mexican American woman and an immigrant from Cambodia. The family created a donut shop in the town several years ago and then expanded it into a full-service family restaurant. The film begins in March 2020 when the business is forced to close its doors due to the COVID-19. David decides to make this film to document what his family goes through in this major historical moment. The initial struggles concern being left to offer take-out orders and meal deliveries to stay afloat.

Each of the family members has their own reactions. Dad had previously survived the killing fields of Cambodia while David’s sister Jaclyn gives up her corporate job to assist the family and its business. We quickly learn a lot about each of them. Jaclyn in particular comes across as quite a hot head ready to fight with anyone who disagrees with her. This becomes a social media event when she verbally strikes back at local Neo-Nazi’s during a Black Lives Matter protest.

So, what begins as a document of the pandemic affecting business owners in a small Midwestern town turns into something with much more national relevance. The family is soon the subject of anti-Asian attacks as well as verbally abusive mask deniers who they must forcibly remove from their restaurant.

Hence Bad Axe is an American story of the 2020s: A mixed-race family in a conservative town forced into protecting itself while dealing with fears, threats, and their own paranoia. While quite a bit of the early scenes has a tone reminiscent of many reality TV shows featuring family in-fighting, heavy dramatics, and rising community tension, it eventually becomes a portrait of a time. Trump country vs. liberal leaning values are on the main lines of this fight. In the heart of it is a family trying to live the American dream. It’s particularly poignant that David’s dad, having survived the killing fields of Cambodia, feels more fear of COVID and the changing social climate than he did of his upbringing in a country torn up by war.

There are times when one might ask why the family chooses to remain in such a conservative area. The fact that they do says so much about their tenacity and their belief that small-town America has something to offer people of a variety of social/economic and racial needs.

David initially viewed this film as a love letter to Bad Axe but it is also a love letter to his own family and families in general. He emphasizes families coming together, struggling, and surviving together. In spite of all the issues they face, this is one family that believes in the American spirit and the power of blood lines to confront whatever challenges come its way.

BAD AXE IS CURRENTLY PLAYING AS PART OF THE DOC NYC FILM FESTIVAL. IT IS AVAILABLE TO BE STREAMED VIA DOCNYC.NET THROUGH NOVEMBER 27TH. IT OPENS IN THEATERS NOVEMBER 18TH. 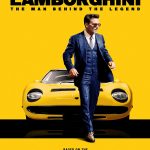 Lamborghini: The Man Behind the LegendReviews 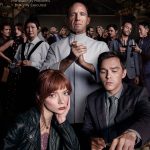