Emily Wiseman is from Australia and Nick Blood is from London, both actors are familiar in their hometowns, but after The Offering something tells me they will be big stars in the United States as well. Wiseman is not a stranger to the horror genre, with a co-star role in the gothic horror Winchester, but this time she is put through the gauntlet of horror scares, and impresses from the jump. For Blood, his career is taking off as well, after his role on HBO’s Euphoria, a brief spot on the Disney-Star Wars show Andor, and now digging into his deepest fears in the horror genre like a pro. The two play a married couple in The Offering, going back home to fix a broken family relationship, but finding a dark demon after their arrival. It’s an excellent new horror film and driven by the two strong performances by these rising stars. I sat down with them at Fantastic Fest for an interview that you can watch here: 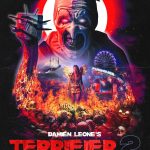 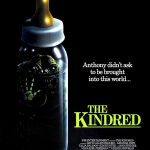