There are various things about Lou that are not good. The title is weak. The concept has been done before. The depth of it all might not be much. But what it does have is Allison Janney beating the crap out of two military guys with a can of soup. For a fast paced, butt-kicking five minutes, it’s some of the coolest action you will see in 2022, and if I’m being serious, there’s a thrilling story at hand as well. It starts with Janney’s title character Lou about to take her own life, but before she can do that, she is interrupted by her neighbor Hannah (Jurnee Smollett). The reason for the intrusion is serious, as Hannah’s daughter Vee (Ridley Asha Bateman) has been taken by someone, with a terrible storm brewing outside their remote island town, it becomes a matter of two women, both with a past of pain, searching to find the kidnapper at all costs. What Lou turns into is a thrilling hunt, with Janney leading the charge as a pissed off lady, morphing into a cathartic expression of rage and action.

The setting is the 1980’s, where at first it seems like Lou would be more of a spy-thriller, as Janney’s character walks around town in misery, the Oscar-winning actress leaning into her recent string of bitter and vengeful roles, but here she’s more mysterious. We see her dig up a case of documents and burn them, some redacted, and revealing that she was once in service of the CIA. This is something that nobody in town knows, not the sheriff (Matt Craven), and not her neighbor Hannah. There’s a dislike between the two, as she tells her to warn her daughter that “the world is not a playground”, but through all the bitterness, it’s good to have a resourceful friend like Lou, and when Hannah’s abusive ex-husband Philip (Logan Marshall-Green) shows up, stealing his daughter in the middle of the night, it becomes a matter of certain skills to get her back.

One way to describe Lou is that it’s Allison Janney getting to do what Liam Neeson does in Taken and that’s not far off. What I will say, however, is that there’s much more of a Rambo-style of skills, and a much deeper character that Janney is allowed to display. She uses hunting, tracking, and stalking skills to help find the missing child, and as previously stated, at one point it’s more than just Marshall-Green’s character that she has to take on. It’s a darker role and with a heavier weight that her character carries on her. Janney’s performance is great because you never realized how much you needed her to play this type of role till the minute you see it.

For director Anna Foerster it’s a return to her bad-ass women roots from when she directed Underworld: Blood Wars and her directing style is more with the elements of nature than with CGI action. Lou is a muddy movie, with bloody cuts and bruises, and reminded me of the stellar work from John Hyams’ Alone, which was also unafraid to throw a female lead into the woods and fight for survival. Fortunately here, Foerster is working with a screenplay by Maggie Cohn and Jack Stanley that keeps the deeper themes to be about families and how the harm that one parent places on a child can cause a domino effect for generations after. Logan Marshall-Green is great, unafraid to be a creep, and I’m very much enjoying his recent “bad guy” phase. Smollett- who continues to impress no matter the material- is equally able to show her own strengths, but hers is less physical, and more on the emotional side of a mother dealing with the cards she was dealt.

Lou ultimately comes down to Janney being given the opportunity to flourish in this type of role, a new trend we are seeing with Viola Davis in The Woman King, with women proving their muscle in more ways than before. That’s the fun part both for us and for Janney. The test was seeing if she could do it and now I want more. Maybe there can be a sequel. Maybe there’s a future for other characters being written. No matter what, I just hope they find a better title. Lou Two? That’s pretty cool. 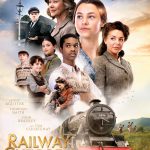 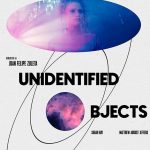