The career of Kevin Smith has been a winding road. A director that struck gold with his first movie- Clerks, which he made on a shoestring budget, about the daily events of a group of 20-something’s working at a small New Jersey Quick Stop. The convenience store style had the black & white cinematography captured on what looked like store surveillance footage. It was a unique touch. And then the movies got bigger for Smith. The fan base grew, as he created his own unique universe of characters, and the critical responses arrived. Some movies were hits, some mixed reviews, some flops, but what Smith could go back to was the Clerks gang. In 2006 he made Clerks II, after the feature spin-off with Jay and Silent Bob Strike Back, and then the failure of his romantic-comedy Jersey Girl. Clerks II was at least a brief reminder of his directing capabilities, but what followed was six disasters in a row, including the embarrassing Tusk and Yoga Hosers, so now the bar is low, and it is a desperate time for Kevin Smith to get back behind the counter. This is Smith on a better highway, but Clerks III is a shamefully nostalgic trip down the Kevin Smith memory lane, with its heart in the right place, but still not a good movie. Clerks III is just another Clerks movie, where constant man children Dante and Randal have become older, a lot wiser, and able to express themselves in a more emotional fashion. This may be where Kevin Smith belongs, back at the Quick Stop, but that does not always equal success.

We catch up with Randall (Jeff Anderson) and Dante (Brian O’Halloran) at the Quick Stop, still playing hockey on the roof, and both co-owners of the place they love. Jay (Jason Mewes) and Silent Bob (Smith) are still hanging out in front while they run a weed dispensary shop next door, and more than ever these guys are living the lifestyles they always wanted. For Dante his life has been rocked, as we find out that Becky (Rosario Dawson) has passed away from a terrible accident with a drunk driver, so for him life is fragile. Things become a bit more complicated when Randall has a massive heart attack and after he has this eye-opening moment, he decides he’s going to live his dream and make a movie about his life. It’s all life imitating art all over again, with the guys from Clerks making their own version of Clerks, but only this time it puts an emotional wedge between Randall and Dante’s friendship.

Like many of Kevin Smith’s other films, Clerks III is frustrating, as you could laugh at one joke and roll your eyes at the next three. Visually this Clerks is once again in color, with the budget undoubtedly being higher, but leaving you wondering where all the money went. There’s a delightful moment of cameos of Smith’s famous actor-friends auditioning for roles in the meta flick and there is a boat load of nostalgia for fans of the Kevin Smith universe. References to Dogma, Yoga Hosers, and obviously Clerks II all make there appearances but at the cost of a genuine story. The bottom line purpose for the nostalgia is for fans to point at the screen and say they remember that.

What does surprise in Clerks III is the genuine emotion that Smith is able to carve out. It’s when Smith’s writing and the performances from Anderson and O’Halloran emanate that honesty, dealing with subject matter of loss, love, and the fear of death is when it works. The problem with that, however, is that it’s followed with jokes about ass-to-mouth, an ongoing gag that never lands of co-worker Elias (Trevor Fehrman) changing his goth-style makeup, and painfully lame bits from Jay and Silent Bob. It’s the moments that don’t land which ruin the jokes that worked so well in the original material.

Ultimately, Clerks III is a better movie for Kevin Smith, and it may seem like I’m hard on it, but I wouldn’t blame anyone for saying this worked. What I saw was a bipolar nature of Smith struggling to find a healthy medium on his brand of cinema. On one hand, a film like Tusk will not be for everyone, but is certainly risky. The emotional and personal takes in Clerks III is his bread and butter. I would be okay with more of that, only in something original, and willing to dig into adulthood as Chasing Amy did. Sadly, Clerks III should be the last of this series, because this one has arrived at a dead end.

CLERKS III IS PLAYING EXCLUSIVELY IN THEATERS SEPTEMBER 13TH TO THE 18TH. 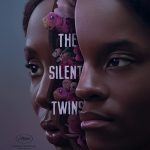