What should be studied and appreciated in Zach Gregger’s Barbarian is the changing of tones. It’s a horror movie that lives up to the phrase “go in cold” and nails the entire unpredictable nature of what horror can be. It begins with a pair of people double booked at an AirBnB at a house located in a broken down neighborhood of Detroit, but what lurks under this house is more terrifying than any stress from a technical glitch. Barbarian is not what anyone could expect, a truly unique scenario of various scares, mostly from the sheer terror of the unknown, a fear from being forced to trust another person, and then the scares take a sharp right turn into a the disturbing reality that sometimes the worst person in the world can be the one there to save you. Barbarian is a ruthless horror movie that will keep you up at night. It’s that good.

Tess (Georgina Campbell from Wildcat) pulls her car up to the house with the rain pouring down. She has booked her stay in a rush, where she’s ignoring phone calls from what we can assume is now her ex-boyfriend, and quickly rushing to the front door. She opens the key-box to find no key and soon discovers that there is someone already in the house. It’s a young man named Keith (Bill Skarsgard) and after the two show one another their crossed up reservation, the decision is made for one of them to take the lone bedroom, while the other sleeps on the couch. After some tough breaking of the ice, the two get close, discuss their careers and what brought them to Detroit, but after they go to bed, strange things start to happen. Doors crack open, noises heard in the walls, and when Tess walks into the basement, she discovers a secret room that shows signs that some bad things took place long ago. But where things go from there is for you to find out.

It’s the setup from writer/director Zach Cregger that works brilliantly, as he creates fear in the first setting, of a single woman, alone and forced to trust a man she just met. The second act is where he takes us by the hand and walks us down a dark disturbing hallway. The camera zooms into the pitch blackness, allowing our eyes to get lost, and will have audiences mumbling “do not go down there”. And yes, there is something absolutely terrifying that will be revealed, with imagery that will send chills up and down your spine. In 2022 it’s successful for any movie that gets a reaction out of me as I was covering my eyes with my hand and I haven’t been able to remove much of the visuals we get in Barbarian. And then there is a complete tonal shift…

The third act of Barbarian is more of a comedy, where it introduces us to an actor by the name of AJ (Justin Long in a perfect role for his brand of acting), who we catch up with in Los Angeles, taking a call and being told that one of his co-stars is accusing him of inappropriate sexual advances. In a quick time we already see that this is a vapid person, unaware of his egotistical nature, but also too self involved to understand that his actions have consequences. It’s at this moment where you wonder where the narrative is headed but it’s revealed that AJ was the owner of the AirBnB home and when he arrives at the same point where we began is when more twists are revealed. Long’s presence is a genius choice, as his performance of the character comes off as arrogant and slimy, similar to his work in Kevin Smith’s Tusk, and coincidentally both films would make for a perfect double feature of horror mixed with dark humor.

It may not be as good, but Barbarian is the Malignant of 2022, and I say that with great adoration. It delivers in the column of great scares and goes where The Black Phone failed to reach. Although I felt like the final act was where the narrative flies off the rails a bit, it’s impossible to accuse a movie of doing something when it was never on the rails to begin with. What it can be accused of is being one of the best horror movies of 2022. Barbarian is entirely original and understands exactly what it means to give audiences a wicked time at the movies. Go into seeing it knowing as little as possible, enjoy a great scare with an audience at the theater, and now I can’t wait to see what Zach Cregger can think of next. It will be hard to top Barbarian.

BARBARIAN IS PLAYING IN THEATERS THIS FRIDAY SEPTEMBER 9TH, 2022 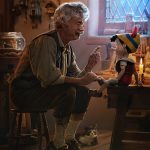 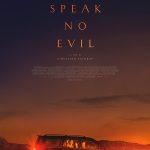