In Ridley Scott’s The Counselor there is a constant tone of dread. An aura to everything that surrounds it, from greed, to lust, and a cold dark world. I was picking up that same sense of dread in John Michael McDonagh’s The Forgiven. The Irish director has never made a conventional film- although this might be the closest he comes to it- but his version of marital discourse and the sins of the world coming to find us is on full display. With a large cast, led by Ralph Fiennes and Jessica Chastain, playing David and Jo Henninger, a married couple, vacationing on the outskirts of Morocco, and headed to a wealthy party of a friend. The events are derailed on the way when David accidentally runs over a teenage boy with his car. This leaves the couple- and the rest of the party- in limbo, where David must take responsibility for the loss of a child’s life. The Forgiven quickly becomes a dissection of guilt, opulence, and the harsh reality of our existence.

It’s possible that nine out of ten viewers will hate The Forgiven or find it painfully dour in its messaging. For me, that’s what I gravitated towards, in a movie that feels ripe with camp, and counter balanced with despair. It begins with David (Ralph Fiennes) and Jo arriving in Marrakech, staying at a hotel, instantly drinking, bickering at one another and proving that marital bliss is not an easy accomplishment. They soon venture on the road, through the sand, and the narrative interjects the timeline of two teenagers, both with a plan to stop the tourists in town for the party, with hopes of robbing them in some way. An argument in the car distracts David, he’s drunk, and in an instant he has hit the boy standing in the road. They bring the body to the party, hosted by Richard Galloway (Matt Smith) and his boyfriend Dally (Caleb Landry Jones), call the police, and must deal with the matter. The conflict now is that David must face the father of the boy (played by Ismael Kanater), going back with him to his village for a proper burial, while Jo stays at the mansion, enjoying the opulence, and the company of American playboy Tom (Christopher Abbott).

The script by McDonagh is adapted from Lawrence Osborne’s novel, which is brimming with character, and rich with details. The divide between experiences is massive. David is forced to face the pain he has caused on this family and look deep inside his soul to discover if he even has one. He’s a cold man, racist, and unaware of his sharp tongue. The performance from Fiennes is once again amazing, where the journey becomes almost biblical, like a man sent into the desert to discover who he truly is. For Chastain’s character it’s the far opposite, a sun soaked getaway, where grapes are her food, and vodka her choice of beverage. Abbott’s Tom is an aloof player, undoubtedly preying on a vulnerable woman, but Chastain’s character is not that easy. She’s ruthless, similar to Lady Gaga in House of Gucci, where her costumes shimmer, and her pleasure is earned. My hope is that now that Chastain has her Oscar we see more performances from her like this. She’s stunning and fierce, where the dialogue is often ridiculous, but willing to go there.

Midway through The Forgiven the writing on the wall becomes abundantly clear, where there is going to be clear effects to the cause of what David has done. To some it will seem lazy or uninteresting for a result to be predictable, but that is what comes in cautionary tales. In The Counselor, the title character states to his new fiance that “he intends to love you until the day I die” only for her to reply, “me first”. It’s clear as day and seems so simple but these are written characters, people we are going along with, and they do not know their outcome. In The Forgiven it is David’s character that is learning his fate slowly and when the grim reaper arrives it’s not a simple reality to face. I won’t lie that this is where my head goes and if the audience is not prepared to do the work The Forgiven will be a different experience.

In the end I often long for more movies like The Forgiven. As a director, John Michael McDonagh’s style is often unconventional and in a way always inspecting the human condition. There’s an absence in a soul for The Forgiven, a cold reality that life is neither fair nor forgiving, and if that bleakness in life strikes a chord you might allow it to linger on. I just want more movies to feel this real and to display a rich collection of characters in the world. The Forgiven is not looking for absolution. It’s looking for the cold hard truth.

THE FORGIVEN IS PLAYING IN SELECT THEATERS FRIDAY JULY 1ST, 2022 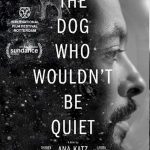 The Dog Who Wouldn’t Be QuietReviews