MOVIE: MARCEL THE SHELL WITH SHOES ON

Marcel the Shell With Shoes On is a test, a test of a person’s humanity, or a test to see if a person has a soul. If you walk out hating this movie, I think that means you don’t have a heart. If you hate Marcel the Shell there has to be some deeper underlying meaning of it all. What I’m getting at is that director Dean Fleischer-Camp has brought the adorable shell, voiced by Jenny Slate, to the big screen, originally popular in YouTube shorts, and the final result is a movie overflowing with love. In a mixture of stop-motion animation and live-action, it’s the story about a little shell, left behind in a drawer with his grandma (voiced by Isabella Rossellini), while the rest of their big shell family has been taken away. In adorable and poignant fashion, we go on a journey with Marcel, in search of his family, but what we find is so much more. We find a great big expression of love through the life of a little shell.

What I’m reminded of when watching Marcel the Shell is akin to the segments in Pee-Wee’s Playhouse, where Paul Reubens would open his refrigerator to a magical world of living fruits and vegetables. The animation is not exactly the same, there’s an obvious updated technology here, but the concept of a small object, brought to life itself is adorable. Marcel has a faint voice, one googly eye, spending his days with his grandma Connie (Rossellini), using a cut open tennis ball to roll around the house, and with the aid of other Rube Goldberg-like contraptions to make things work around the kitchen. The previous owners have now left the house, a nasty breakup between a married couple, taking their stuff and all of Marcel’s family that was living in a suitcase, leaving Marcel and Connie alone, watching 60-Minutes, and sharing their thoughts on life for a documentary crew that happened to see one of Marcel’s YouTube videos.

The screenplay is more of an expansion on what was done before, written by Fleischer-Camp, Slate, Elisabeth Holm, and Nick Paley, it’s an often brilliant exercise on the various ways of life’s gentle expressions of love. Large parts of Marcel the Shell With Shoes On feels like home videos, where we spend the days and time with the adorable shell to learn about him, see how he spends his time, and navigate the great big world. The connection of the documentarian and Marcel comes from the house being put up on AirBnB and when a few videos are made of Marcel on YouTube, the world finds out who he is, and he becomes an internet sensation. This of course leads to a world effort to help reconnect Marcel with the rest of his family, setting up a final act of hope, and anticipation.

One of the hardest factors in Marcel the Shell With Shoes On is the anticipation, the build up of so much love and kindness, where I was expecting a big cry fest. That will happen for some, but for me it was a tad underwhelming, but still satisfactory. And the fact remains that life is consistently bleak these days. Because of that bleakness Marcel will be a balm to a burning pain of existence surrounding the world, which might inspire people to crawl out of the bed, and slouch to the movie theater.

The final result is that Marcel the Shell With Shoes On is a beautiful and lovely slice of cinema. One should not let their cynicism (or my own), depression, and general disdain for humanity stop them from spending time with this adorable little shell. Jenny Slate is a delightful talent and artist, bringing this all to life, and if there was fear that turning the stories of Marcel the Shell into something more than a quick short, you will be pleased to know that Marcel the Shell deserves all the praise. The adventures of Marcel the Shell would certainly bring a little more happiness to the world and that’s never a bad thing.

MARCEL THE SHELL IS PLAYING IN SELECT THEATERS THIS FRIDAY JULY 1ST. 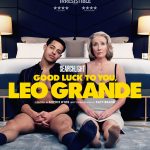 Good Luck to You, Leo GrandeReviews 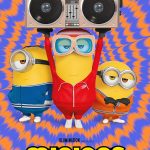 Minions: The Rise of GruReviews