I first saw Good Luck to You, Leo Grande when Sundance streamed several new films as part of its online festival this past January. The big talk at the time was Emma Thompson appearing nude in the film, as if that was the most important element of this production. Don’t get me wrong, it’s definitely a brave performance, but the film has so much more depth and ponders more than naked bodies. It’s a shame though that Thompson won’t be in the running for another deserved Best Actress Oscar as the film was purchased by Hulu for streaming only. (We’ll have to wait a year to see if she scores an Emmy for this one.)

Thompson plays a religious education teacher named Nancy whose husband passed away two years earlier. We meet her in a hotel room where she is awaiting the arrival of a male sex worker that she has hired to satisfy something missing throughout her life and marriage: a real orgasm. This may be her primary goal but she discovers so much more throughout their meeting.

The repressed nature of the character is initially present in her dark, nondescript outfit which covers up any hint of sexuality. She’s nervous, chatty, and uptight. When sex worker Leo (Daryl McCormack) arrives, he’s the opposite: confident, calming, and quite proud of his profession. Some thirty years younger than Nancy, Leo is also a great listener which allows him and the audience to get to know more about the quiet, predictable life she has led. Nancy is interested in learning more about Leo, though his reluctance to share says something about his own dark past and commitment to the service he is attempting to provide for Nancy.

Almost the entire film takes place in this one room, which proved an asset as it was shot during the pandemic. Such a small space can be a challenge for a filmmaker that wants and needs to provide visual stimulation for an audience. However, director Sophie Hyde knows how to position and move the camera, capturing the rooms’ luxurious order and enticing comfort. While Hyde’s camera work is often fluid rather than static, she also offers many well-chosen close-ups as the characters reveal some of their innermost secrets. There are plenty of wider shots which emphasize Leo’s buff physique that Nancy slowly opens herself up to. In other words, this is not a stagy feeling hotel room film. The camera is their eyes, our eyes, and incredibly observant for such a tight space.

In many ways, this story could have easily been a stage play with four acts. In the past, filmed single room narratives such as Robert Mulligan’s Same Time Next Year (1978) and Richard Linklater’s Tape (2001), have yielded mixed results. The former was a stage play adapted to the screen starring Alan Alda and Ellen Burstyn as a couple who have a one night stand and then rekindle the affair for many decades in the same hotel room. For the most part it works, even though some might feel a stagey quality is present. Linklater took the challenge to satisfying results in Tape which featured Ethan Hawke, Uma Thurman, and Robert Sean Leonard battling their personal demons in a Michigan motel room. Varying camera angles and perspectives allowed the “cinema” of the story to shine. Like those films, the narrative in Good Luck to You, Leo Grande moves between moments of joy and compassion to anger and disappointment. It’s an almost completely dialogue driven film yet because the actors provide so much nuance in their performances we never feel as if we’ve been talked to or preached at. There is an array of topics discussed from motherhood to the morality and cultural need for sex work. Hyde handles all of this with technical grace and finesse.

Yet, the heart of the film lies with what the actors reveal about their characters. All of Nancy’s vulnerabilities surface and eventually the same happens with Leo. She tends to push while he recedes. It’s an interesting display of power and the limits of self-disclosure in a situation that was deemed initially for pleasure. Both characters recognize this. When boundaries get pushed too far, Leo reminds Nancy that he is a professional. Clearly though, they both need something more in their lives.

Ultimately Good Luck to You, Leo Grande is a film about disclosure and pleasure. The need for both is interconnected throughout the narrative and characters. None of it would work if the actors were not up to the challenge. They both expertly play their roles with subtlety and passion. Yes, Emma Thompson is brave to reveal her body during the film but both actors do something more: they bare the souls of their characters. This alone makes for a stimulating and inspiring film to recommend.

GOOD LUCK TO YOU, LEO GRANDE IS CURRENTLY STREAMING ON HULU 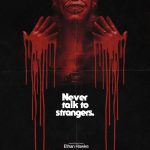 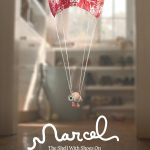 Marcel the Shell With Shoes OnReviews