MOVIE: DOCTOR STRANGE IN THE MULTIVERSE OF MADNESS

The last time Marvel gave an auteur the keys to the car, the final result didn’t entirely work for me with Chloe Zhao’s take with Eternals. I think that was more the comic-book than the director. Also, it’s not like Jon Watts or Taika Waititi are not directors with their own unique style of cinema, but typically it takes a certain willing ability to bend to the will and wants of the Marvel Cinematic Universe for these movies to work. So the very idea of a Sam Raimi Marvel movie seemed like an impossible marriage. Yes, Raimi was the guy that made three Spider-Man movies but that was also a different time. Now, Doctor Strange in the Multiverse of Madness tries valiantly to prove that these movies can exist, in a world where the director’s voice shines through the conveyor belt style of storytelling and I think they mostly pull it off. Mostly. Similar to what we saw in Shane Black’s Iron Man 3, Kenneth Branagh’s Thor, and for better and worse with Eternals, Doctor Strange in the Multiverse of Madness is a wild swing for the fences. It’s a trip into multiple universes, with major character reveals, massive set pieces, and enough risky attempts to forgive its many flaws. The bottom line is that a whole lot of Madness takes place in this Multiverse.

The plot is a bit much to summarize quickly, but following up on the events of Spider-Man: No Way Home, there have been many fractures into the world at the hands of our hero Doctor Strange (Benedict Cumberbatch). We’re introduced to one of the many versions of Strange, racing through space with a young woman named America Chavez (Xochitl Gomez), as they’re chased by a massive space monster. We find out later in the current reality that it was all a dream for Strange, only it’s not a dream, but a window into his alternate universes, and currently the Scarlet Witch (Elizabeth Olsen) is chasing to capture America with her army of mind controlled monsters. Wanda’s goal is to continue where she left off from WandaVision, using America’s power to go into any multiverse, all so she can save her children. She is willing to burn it all down, undoubtedly the villain of the story, and it’s up to these many Doctor Strange’s, along with the help of America, Wong (Benedict Wong), and a few other surprise heroes to stop Wanda before she destroys the universe as they know it.

Interestingly, this is the first Marvel movie directly connected with one of their Disney+ shows, and that feels problematic, as the writing from Michael Waldron takes time to warm up. The plot as a whole is quite convoluted, with the first half being entirely different from the second, filled with the narrative catching characters up to the current state of the MCU. There’s a cool fight with a massive one-eyed tentacled monster, followed by a sequence of Macguffins, with America and Strange traveling through universes for a secret book, while Wanda is hunting America for her powers. The action is all easy to follow, but the first half sidelines Strange, and becomes the Wanda show, where the performance here feels wildly disconnected from the performance Olsen delivered in the mini-series. I felt she was overdoing it, while Strange becomes buried in MCU plot building, with drips and drabs of Cumberbatch’s charming abilities, finally leading to a third act that saves the day.

For many that know Sam Raimi, it’s the films outside of his trio of Spider-Man, such as The Evil Dead, Army of Darkness, and Darkman that have established him as quite the legend in certain circles. He’s a director that isn’t afraid to get wild and it’s the second and third acts of Multiverse of Madness where things pick up. Some of that energy belongs to elaborately constructed set designs, cinematography from John Mathieson, and a score by Danny Elfman that sounds like the first original score in the MCU. And yes, all of those things are well and good, but without Raimi there would not be things such as zombies, demons attacking Wanda in a sequence similar to a Bosch painting of hell, and Doctor Strange facing off against his evil self, which is quite a memorable Marvel moment.

Alliteration aside, Doctor Strange in the Multiverse of Madness is a mixed bag of the good, the bad, and the power of Sam Raimi. His style of film is the sort of thing that is sorely missing in the MCU. And because he injects his unique vision, I’m inclined to be forgiving, hoping that the adventures for Doctor Strange will continue in his magical eye. The universe for these movies has expanded far and beyond the control of the director, continuously growing into a massive monster, devouring the landscape of cinema, so the least that we can ask for is Sam Raimi delivering a zombie version of Doctor Strange. That’s what I like to call the right kind of madness.

DOCTOR STRANGE IN THE MULTIVERSE OF MADNESS IS IN THEATERS FRIDAY MAY 6TH, 2022 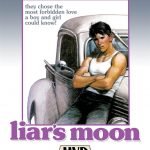 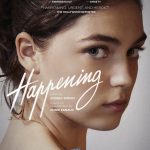