Earlier last week, one of my coworkers asked me about comedies and if I had watched anything good recently. I didn’t have an answer for him and that’s because ever since 2016 the world has ceased to be funny. And that trend of the painfully unfunny continues in Judd Apatow’s recent spoof of movie making during a pandemic in The Bubble. It involves an all-star cast of actors, stand-up comics, and Apatow’s daughter, all running around a mansion with their hair on fire, complaining about being stuck in quarantine, and shooting a terrible movie against green screens in the afternoon. The Bubble is supposed to be a comedy of the current moment, but I’m not sure it would be funny in any capacity. Sorry to burst it, but The Bubble is not a good movie, and an even worse comedy.

The lead character is Carol Cobb (played by Karen Gillan), an actress that had been a part of the first four Cliff Beasts movies, but tried to step away on the fifth installment. Now that the pandemic has made things difficult and Cobb’s efforts to branch out in a middle-east set drama failed miserably, she’s now jumping back into being a part of Cliff Beasts 6. The rest of the cast includes Keegan-Michael Key as a actor trying to start his own fad religion, Pedro Pascal as a method acting sex-aholic, newly introduced Tik-Tok star Krystal- played by Iris Apatow, and the recently divorced acting couple played by David Duchovny and Leslie Mann. They are led by director Darren Eigan (played by Fred Armisen) and he’s surrounded by a collection of studio figures and stage-hands, all trying to wrangle the talent through Covid-protocols, so they can make a great movie. As one would expect, the results are a colossal failure of egos and personalities never mixing together.

In theory, the cast of The Bubble should be fun, with a gathering of comedians, sketch comedy regulars, and a peppering of dramatic actors. The problem with all of that is how the screenplay by Apatow and South Park veteran Pam Brady has a collection of sub-plots and no direction in sight. It’s a shocking departure for Apatow as well, where his previous films The King of Staten Island and Trainwreck blended comedy with the personal lives of his leads. I don’t know what he’s doing with The Bubble. It seems to want to comment about the process of blockbuster movie making, but the gags stop at “hey look how ridiculous it is to act against a green screen”, and the jokes could be even sharper. Apatow also wants to make fun of the ridiculous protocols put in place for Covid, from masking, to swabbing for tests, and how one assistant getting coffee can ruin the production for good. Those jokes don’t land because they’re more depressing than humorous. Even smaller roles from the likes of Kate McKinnon and Maria Bakalova are completely wasted, delivering lines to portray cold women of power or be the object of Pascal’s characters sexual advances.

The other parts of The Bubble that frustrate is that for every funny bit of the cast getting high or a cast member’s hand getting blown off, is followed by ten minute stretches of unfunny boredom. There’s a conscious effort from Apatow to liven up the energy with not one, not two, not three, but four separate dance sequences. Three of them are Tik-Tok related choreographed moments and another involves the cast dancing to an unexpected appearance by the musician Beck. I think they’re supposed to be cute? All of them are only fun for the people doing the dancing, while the audience is forced to suffer through the incredibly lame set-pieces.

I’m not entirely sure where The Bubble went wrong? The laughter is too infrequent. The cast is trying too hard and it seems there wasn’t a single voice to reel it all in. It’s also strange to see commentary about a Tik-Tok star being cast in a movie, only for said Tik-Tok star to be played by the director’s daughter. (Trust me, there are better actors than Iris Apatow.) And I personally love comedies that can comment on the process of movie making, such as Last Action Hero, Hail, Caesar!, or Tropic Thunder, but every one of those movies had a point to make. The Bubble is lost. It’s okay if Judd Apatow wanted to make a movie with his friends, but maybe next time, if there is a next time, they can make us laugh along the way. Stick a pin in The Bubble.

THE BUBBLE IS PLAYING ON NETFLIX FRIDAY APRIL 1ST, 2022 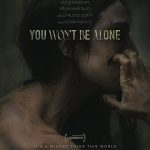 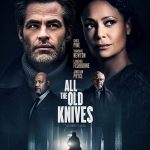