The metaphor in Infinite Storm is that it’s not just about surviving a mountain, torrential snow, rain, the wind, or any of the other elements that are happening around Pam Bales (played valiantly by Naomi Watts). The survival is going on internally, where the effort of taking a step is small, but it speaks volumes for what is going on inside the hearts of humans. Based on the true story, Bales was a member of a search and rescue team, a climber that would be able to help those in need when the journey would become too rough. On a random day, a day similar to her usual routine, she arrived at Mt. Washington in New Hampshire for a relaxing climb. What she wasn’t expecting was to find a man attempting to throw his life away, wearing clothes for the beach, and letting himself succumb to the winter storm. For Pam Bales, that wasn’t going to happen on her watch, and she understood that no matter what, she was going to save this man’s life. Infinite Storm is a harrowing and courageous act of bravery, in a true story of a women saving one man’s life, and in return saving her own.

The background details for the characters is not deep at first, as we meet Pam arriving at the local outpost of her ex-husband (played by Denis O’Hare), enjoying some coffee, prepping her gear, and taking off for the climb. She arrives at a parking location next to the mountain, and notices a second car, but proceeds to get her idea of relaxation. It’s not her day from the start, where early in the climb Pam falls down a deep, uncovered hole, giving us a glimpse of her resilience to climb out of it, but things are about to get worse. Pam catches her breathe, continues her trek, and arrives towards the top. It’s here where she notices a set of tracks trailing off the path and soon discovers a man (Billy Howle), seated, no shoes on, and undoubtedly throwing his life away. It does not take long for Pam’s survival instincts to kick in, covering the man’s feet to keep frost bite at bay, and embarking on a being the guide for a man that’s obviously down on his luck. It’s what follows after, where everything grows more difficult, including vicious high winds, and a man that is doing all he can to refuse a gesture of help.

A question that will run through the heads of nearly every viewer is, “why don’t you just leave him, he clearly didn’t want anyone’s help.” And this would be a legitimate question, where Pam’s courageous act of love is only met with an inebriated man’s constant rejection. It’s in this factor that director Malgorzata Szumowska is challenging the audience as well, not with the weather elements, but the true courage of Bales resolve. This is the third film of Szumowska’s that I have appreciated, from The Other Lamb, Never Gonna Snow Again, and now this, Szumowska has quickly established herself as a powerful story teller. She deals in deeper subject matter, where a singular character is challenged by those around them, and it’s no different now. The screenplay is written by Joshua Rollins, working on the true story of Bales, and the narrative is not just a simple internal tale, but external for the audience to dare step into this experience. We learn more details about Bales and exactly what the man was doing on the mountain alone, but those details are not the central focus, For this story it’s just a matter of surviving, one minute to the next.

Another factor that tags along with Szumoska’s films is her unbreakable partnership with cinematographer Michal Englert. Infinite Storm is a perfect project for the pair, shooting the mountains to look like a painting, fog lingering in a haze, and the sun glistening in the horizon. And wrestling in those images is a performance from Watts that is uncanny. Unlike her work in The Desperate Hour, which was valiant, but in a premise that let her down; Her work in Infinite Stom is transcendent. Watt’s has become an actor in a lane on her own, constantly finding another level at playing a character staring down death. The performance as Bales channels a person willing to sacrifice it all and although it may be that her character is lacking background details, the screenplay by Rollins holds that back for a gut wrenching revelation, which is earned, and tactfully done by Watts. If The Impossible was Oscar-nomination worthy for Watts then this is just as deserving.

The final result is ultimately a high point for Malgorzata Szumowska and Naomi Watts. The two make a powerful pair, telling a woman’s story, but also having respect for the mental health of this situation. There’s no demonizing the man on the mountain, like Pam’s approach, there is only empathy. I think we all know that a lot of people struggle on the inside and we can learn a lot about a person’s ability to keep going in the face of it. The struggle is real. The storm is thrashing us all around. Infinite Storm inspires us to keep going. No matter how hard. Just keep going. 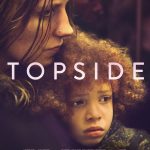 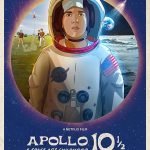