MOVIE: WHEEL OF FORTUNE AND FANTASY

In 2021 there were a few directors that released two movies in the same year. One of those was Ryusuke Hamaguchi, who has been known to more in-tuned cinephiles, but has now become known to just about anyone paying attention. His first film- Drive My Car– is capturing awards from nearly every critics group, from best picture, actor, original screenplay, and on. The second film, which I am in the opinion is the better film, is Wheel of Fortune and Fantasy. It’s a movie of three short stories, not connected in any way, but mainly focusing on women dealing with issues of life, love, and seeking happiness. There’s not an easy way to describe why, but the writing of Hamaguchi sucks you in, laying out dialogue that is incredibly real. The dramatics within each part are intense, dealing with a love triangle, seduction, and a chance meeting, all engagingly rich theatrics, in a way that is sadly missed in more movies today. Wheel of Fortune and Fantasy is an emotionally resonant and beautifully therapeutic piece of cinema.

Part One begins with a bang, arguably my favorite of the three, involving Meiko (Kotone Furukawa) and Tsugumi (Hyruni), who have just finished a photo shoot and decide to take a cab home together. The first half keeps the camera on them in the back seat, conversing about their love lives, with Tsugumi explaining a recent romance with Kazuaki (Ayumu Nakajima). There’s incredible intrigue and lust in the details, talking about how they felt like kindred souls, and how they resisted the urge to sleep with one another. Tsugumi is dropped off, but Meiko has the driver go back the way they came, dropping her off at an office- specifically the office of Kazuaki. She is his ex, and the two confront their love and hatred for one another, giving one another ultimatums, and creating more tension. Fast forward to Meiko meeting Tsugumi for tea, catching up, and talking about where Tsugumi left off in her romance. And as fortune has it, Kazuaki walks past the window and the love triangle becomes confronted. I would not reveal things said or actions taken, but the power of Hamaguchi’s writing’s on full display here, characters that are complex, the difficulty of heartbreak, or promise of a new love comes into question. It’s a full three acts in one piece and places all of the highs and lows of life in a single moment- it’s absolutely incredible.

The second part is titled “Door Wide Open”, which becomes a study on temptation and on how our life choices can backfire. We start in a university and see Segawa (Kiyohiko Shibukawa) kneeling on the floor, begging professor Sasaki (Shouma Kai) for a second chance. We later see Segawa entering his apartment and seeing Nao (Katsuki Mori), they sleep together, she’s having an affair, he’s an aloof college student. They see professor Sasaki on TV being awarded for his recent novel, which gives Segawa the idea to have Nao attempt to seduce the professor, catch him in the act, and ruin his life as Segawa’s life was. Nao’s efforts at temptation are futile at first, but later it’s Segawa who mails her efforts out to the world, ruining two lives at once. We then meet up with Nao and Segawa later in life, where the person most hurt by all this is Nao, lamenting on the guilt, and the deception from a snake like Sasaki.

The third and final piece is a thing of beauty- titled “Once Again”- where two people Nana (Aoba Kawai) and Moka (Fusako Urabe) pass one another on an escalator. When passing they glance and connect eyes, both thinking they know each other, and proceed to reconnect. To both of their surprises they don’t realize till later that they don’t know each other at all. In this unique connection, we realize that sometimes all a person wants is to feel close to someone, in both an emotional, and calming sense. Within only a few hours we have gathered a lifetime of two people, in a beautiful moment, where the realization that all humans are not different from one another, no matter how much we know someone.

All three parts of Wheel of Fortune and Fantasy make an impact, in one way, or another. It’s not just a movie to watch once either and the argument could be made that all three parts could have been turned into their own full-length features. One thing is for sure, it’s that Ryusuke Hamaguchi is an auteur aware of all it takes to write about humans, the interactions they have, the things that drive them, the love, lust, and passion that we all carry inside of us. Wheel of Fortune and Fantasy is a giant ball of human emotions, three parts, incredibly complex, and easily a movie you must experience.

WHEEL OF FORTUNE AND FANTASY IS NOW AVAILABLE ON DIGITAL/BLU-RAY/DVD FROM FILM MOVEMENT. 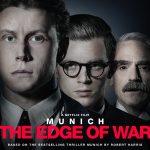 Munich: The Edge of WarReviews 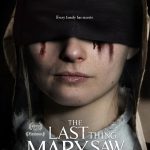