After watching The Free Fall I kept wondering to myself that if I woke up from a coma or woke up in a place that I don’t remember, the first question I would ask is, “where are the TV’s?” It seems like a small thing to pick on Adam Stilwell’s The Free Fall, but there is not a single television in this entire movie. It involves Sara (Andrea Londo), who witnesses the brutal event of her mother murdering her father, and then soon after attempts to commit suicide. When she wakes up she can’t remember much, bandages on her wrist, and being looked after by her husband Nick (Shawn Ashmore). What follows after is a repeated bout with things she remembers, weird occurrences, visions, dreams, and terrifying events, but not once do we see a television. I guess that’s one of the minor problems at hand with The Free Fall, which has a strong twist ending, but falls on its face too many times before we get there.

Early on, there’s plenty of intrigue set up for The Free Fall to work, with the opening sequence creating a terrifying image for the audience to witness. From the little details we get, Sara is not on great terms with her sister, but is excited for the celebration of their parents 50th wedding anniversary. When she arrives at the party, she finds her father being stabbed on the bed by her mom, and after that things become hazy. When Sara awakes from her foggy memory, the only person there is Nick, wearing his turtleneck, and often guiding Sara into what she’s supposed to do. He keeps the details vague, but often tells her to rest, and follow the guidance of the housekeeper Rose (Jane Badler). When Sara goes to sleep, she begins to have visions, seeing a person with a pig mask, seeing herself bleeding on the bathroom floor, and also seeing a mysterious priest standing over her bed. When she begins to ask questions is when Nick reverts to keeping her locked away from the world. The more curious she becomes, the weirder things become, and the answer is held till the very end.

The reaction you give to The Free Fall depends on your patience, something that I had while watching, but felt massive frustration when it was finally figured out. The screenplay by Kent Harper is purposefully keeping the audience at a distance and also confusing us with what could be happening to Sara. Is she being drugged? Is Nick a vampire? He’s always wearing turtleneck sweaters- I mean it’s distracting how much this guy wears turtlenecks- or is it a sex cult? When we finally get the answer there’s more questions to be had and there’s also a frustrating moment of realization that the POV is much different than expected. I guess I was just in the mood for not being strung along for as long as we were.

At an hour and twenty-two minutes, The Free Fall is a nice run-time, and the lead performance from Andrea Londo carries the show, but a movie needs more variety to make a twist work. An interesting trend I am seeing from new directors is an appreciation for the work of M. Night Shyamalan, which is what director Adam Stilwell builds to, but the narrative becomes stale and redundant quickly. What Shyamalan has been able to show- especially recently with Old– is the importance of establishing deeper characters, a tighter concept, and expanding on the narrative as it builds to the twist. The Free Fall relies too much on jump scares and cliched horror tropes to be taken seriously.

By the end the character of Sara is all too willingly going along with the story, not asking enough of her own questions- where are the TV’s? Why don’t I have a cellphone? Why can’t I go to the Target?- It all bogs down a horror movie that could have better results. I appreciated the big twist in the end and the entire structure may have succeeded had we known the twist early on. There’s potential from Stilwell and Londo as an actor but that would show in a better movie. Instead, The Free Fall becomes another horror movie that has the spirit of the genre at heart, but not the execution to leave an impact.

THE FREE FALL IS PLAYING IN SELECT THEATERS AND ON DEMAND JANUARY 14TH, 2022 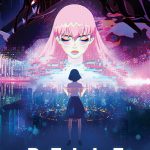 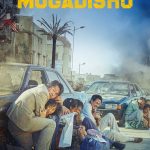