I’ve said it before, and I’ll say it again, M. Night Shyamalan is the Rex Grossman of cinema. Whether it’s a hit or a miss, he is throwing a hail mary, swinging so hard that he pulls every muscle in his back, going for the gold at all cost, and that sentiment rings true with his newest venture in Old. It’s honestly fascinating to me, how the director of The Sixth Sense, After Earth, and Split approaches making movies, because it’s an unscathed courage, never wavering from who he is, and the kinds of narratives he’s trying to tell. The premise of Old is in the trailers, where a family finds themselves on an isolated beach, and they begin to rapidly age once they get there. Old is original and inventive, weird and messy, not scary enough, and sometimes horrific. It’s all things Shyamalan and because of that, I respect the hell out of it.

Funny enough, at the start of this week, the scrolls of Twitter conversations turned to one of Shyamalan’s most controversial pieces of work, and the film that was his first divisive installment- The Village. I mention that because Old is going to saddle up right next to The Village in Shyamalan’s filmography, a movie that many will be intrigued by and some will outright hate. I’m waving back and forth in the middle of this one, but it’s the conversations, the constant deeper thinking that Shyamalan has me doing, which is why I’m leaning more positive. Old will not deliver on the expectations of audiences, which is at this point, a part of the whole process of seeing a Shyamalan movie.

The story is about a family on vacation, Guy (Gael Garcia Barnal) is the father, Prisca (Vicky Krieps) the mother, and two children Maddox (Alexa Swinton) and Trent (Nolan River). They’re on the way to a resort, booked hastily by Prisca, but a getaway for the family to reconnect, to be a family in paradise. They are greeted with a smile, drinks, and ushered to their room. The next day at breakfast, the resort manager (Gustaf Hammarsten) brings up that they have a nice remote beach they shuttle families to for their own peaceful oasis. They take him up on the offer and it’s all they wanted, crystal blue waters, golden sand, and tranquility. That is, until a dead body washes up along the shore.

They are not the only family on the beach, the second group is a doctor named Charles (Rufus Sewell), his younger vain wife Chrystal (Abbey Lee), his mother (Kathleen Chalfant), and their daughter Kara. The third set of visitors on the beach arrive late, a couple- Patricia (Nikki Amuka-Bird) and husband Jarin (Ken Leung)- rounding out the set of families on the beach. After the body is discovered, that’s when more things start to happen. Charles’ mother has a heart attack, the family dog dies rapidly, and it’s becoming evident that young Trent’s swim trunks are starting to not fit him at all. Everyone is changing, some faster than others, where Trent rapidly grows to be played by a 17-year old Alex Wolff, cuts on bodies begin healing quickly, and each time someone attempts to leave the area, they pass through a cave that just spits them back onto the beach.

Performance wise, Old is not the piece to focus on the acting, because time is changing at a rapid rate, making it more important to focus on the details of each character, while also noticing the people they’re becoming. There are often moments where Old moves too quickly for its own good, not allowing the audience time to process the changes, but that is the point. The screenplay is written by Shyamalan, adapted from the graphic novel Sandcastle by Pierre-Oscar Levy- and Old works best when the director places the focus on the deeper reality of the situation, how time matters less when you’re young, even more when you get older, and in your old age becomes something you wish hadn’t taken control of your happiness. It’s the conundrum of life taking hold on these people and as they change going through cycles of fear, illness, rage, tranquility, and a mix of horrific deaths, that’s when Old is at its most frightening.

Like every M. Night Shyamalan film, there is anticipation for the third act twist, which will be the kicker for anyone in the audience. I found it to be interesting, but not enough of a satisfactory answer to what occurs before it. In a typical Shyamalan fashion, I wanted attention to more details- the families give up too easily if you ask me- and was wanting more answers in the end. That’s why Old relates more to The Village than a movie like Split, Glass or The Visit, which those two films have become more conventional Shyamalan works. The ultimate answer is that I’m happy a movie like Old exists, rather than something unoriginal, or wasted on big budget blockbusters. M. Night Shyamalan challenges his viewers, never shying away from taking advantage of his expression in the horror genre. His style of filmmaking sticks to the pattern, always fascinating, always frustrating, and at this point it never gets Old.

OLD IS PLAYING IN THEATERS THIS WEEKEND FRIDAY JULY 23RD 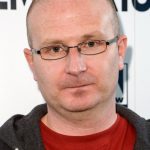 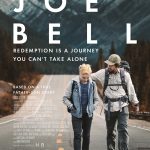