The intentions in telling the story of Joe Bell are meant well, it’s a true story that will break the heart of anyone that has blood pumping inside them, and it’s because of all that emotional weight, the sound it makes is a big resounding thud. Director Reinaldo Marcus Green draws strong performances from everyone involved, especially from Mark Wahlberg, who seems to be stepping outside of his repetitive macho roles finally, and even with the acting, Joe Bell is too outdated, and not focused enough on the real problem at the heart of it all. The message rings loud and clear, but the final result of Joe Bell will fall on deaf ears.

A factor about Joe Bell that I appreciated is that it doesn’t hold back on the reality of the story. We first see Joe (Wahlberg) walking down a long stretch of road with his son Jadin (Reid Miller), talking about Jadin moving to New York after high school, and what the city has to offer. The one thing they bond over is Lady Gaga and sing the song “Born This Way” together, revealing that Joe has his own secret appreciation for the artist. This moment is brief and delightful, but it’s not the reality. This is in Joe’s head, his son is not on this walk with him, because his son has taken his own life. He was ridiculed and bullied by his classmates to a breaking point where Jadin couldn’t take it and what Joe is left with is the guilt of losing his son. After Jadin’s death the only way Joe could cope was by doing a cross country walk, from their small town in Oregon to New York, with stops along the way at schools, churches, AA meetings, and anyone who would listen to Jadin’s story.

When it comes to the world we live in, where toxic masculinity continues to be a festering boil on the majority of male personalities, Joe Bell is a movie that had an opportunity to reveal a way people can change. That’s not to say the intention of co-writers Diana Ossana and Larry McMurtry isn’t there because a story like Jadin’s is what we see when a variety of men are unable to let go of their fears and phobias. The opportunity is there for us to see the beautiful side of Jadin, who he was, and why the world must change in how we treat one another. Instead, Joe Bell focuses too much on the title character, his struggle to go on without Jadin, and making his walk worth it for all the right reasons. Even by the end, I was not completely sure if Joe achieved anything with his walking tribute.

The direction of Joe Bell is fine, nothing about it is flashy, or overpowering, but the ultimate goal seems to be getting the audience to cry. The better film from Reinaldo Marcus Green is his 2018 racial drama Monsters and Men, which had equally strong performances, but had a more impactful statement. Joe Bell is not just a story that feels told before, it’s also similar to a film like Green Book, where the narrative tries to say much, but it’s outdated on all accounts of being a 2021 movie.

The ultimate problem of Joe Bell is the stale narrative, all of it well intentioned, but something that feels retro by today’s standards. The performances from Wahlberg and young Reid Miller are impressive, the type of work that I would love to see more of from both, but the best performance is by far from Connie Britton, who becomes the voice of reason in the narrative. To top it all off the ending of Joe Bell is both shocking and distracting from what the narrative message is. I won’t spoil anything but this true story left me with nothing uplifting or redeeming, which makes the entire effort feel wasted on. There’s a better way of telling Jadin and Joe Bell’s life stories, but this movie was not it. 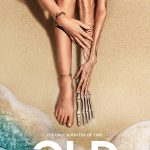 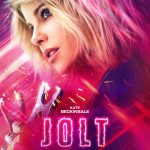