MOVIE: ZEROS AND ONES

There is only a small sampling of people who might be interested in Abel Ferrara’s newest film- Zeros and Ones. What must intrigue you is an appreciation for an artist, the pairing of Ferrara with Ethan Hawke, and the chaotic aspect of the movie they make. This is a spaghetti picture, where you have two people digging their hands into a bowl of noodles, throwing them against a canvas and seeing what will stick. In many ways there’s nothing that sticks, in this obvious COVID-times movie, where Ferrara and Hawke put together a script quickly, making it about a man visiting his twin brother (Also played by Hawke) in Rome, trying to survive an apocalypse. It seems bare bones, which might be true, but it is also a tribute to incredible spirit, and a reminder that yes, there are still true artists out there trying to make something in these wild times.

The production company credits roll first and then we see an opening direct-to-camera statement from Hawke himself, telling the audience about how Ferrara had sent him not much of a script, but the prospects of working with the director of Bad Lieutenant was something he could not pass on. That statement ends and then we begin, on a train, in the dead of night, where we meet J.J. (Hawke), wearing his mask and on his way to safety. He’s constantly looking around, suspecting everyone, and avoiding areas where he may not be allowed. He arrives at his brother’s house, but the only one there is his wife, who he discovers has a child. The goal is to locate his brother, but his true motivation is finding a way to score drugs. There’s a shady side to J.J., which is not entirely clear. He’s into nefarious things, visits a brothel and scores cocaine, but when he finds out his brother is dead, he agrees to make a drop to the Russian mafia so he can locate his body. When a group of mobsters come to him and point a gun at his head, it’s in his desperation where J.J. reveals more of himself, a past life in the military, and a willingness to do anything to save himself. He ultimately just wants his brother’s body, but we soon find out that he is willing to place a bomb in the vatican.

Those points are the majority of what is happening in Zeros and Ones, which is used with undeniably natural cinematography. There are moments where it looks shot on a camcorder, an iPhone, or even a flip phone. Ferrara is not afraid to let the screen be dark, with Hawke breathing heavily in the background, or a small flicker of light emitted by a passing headlight. His goal to blow up the Vatican becomes a set-up, only to get him in the vicinity of the explosion, with no intention of getting his brother’s body back. He is soon approached by a mass of military men, pointing guns at him from all sides, but his fate is not set in stone, but as much of the rest, an exercise in artistic expression.

It’s obvious Zeros and Ones will not be for all. Midway through we hear an impeccable monologue from Hawke, which is just another reminder that it’s actors like him which keep the artform alive. It also makes sense for Ferrara and Hawke to pair up, coming off his various films with Willem Dafoe, there’s a thespian nature from Hawke that is a rarity. It’s something that pairs up perfectly with Ferrara’s last film Tommaso, which followed a drug and alcohol addict, coming to terms with his problems, while learning to be a good father. Zeros and Ones is far from that, more of a political thriller, but it is also a deeper look at the internal struggle of men at a time like Covid.

Under a different pair of hands, Zeros and Ones would not work. This is an exercise in the style of Jean-Luc Godard, Alejandro Jodorowsky, or even a dash of Gaspar Noe. It is ultimately, a Abel Ferrara piece, an artist boldly putting pen to paper, finding his muse, and going out into the world to create. It’s refreshing to see a movie like Zeros and Ones. I find Ethan Hawke to become more and more one of our best living actors today. The artist must create and Zeros and Ones is one of the most fascinating pieces of 2021. I love the inspiration.

ZEROS AND ONES IS PLAYING IN SELECT THEATERS THIS FRIDAY AND AVAILABLE ONDEMAND NOVEMBER 19TH. 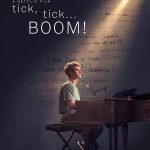 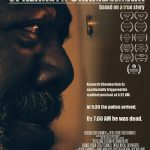 The Killing of Kenneth ChamberlainReviews