I am starting to lose count of how many boxing movies, now MMA movies, that I see every year, and continue to see them go through familiar beats. Unfortunately, Halle Berry, with her directorial debut, is also going by the book in making her new film. If this were 1992 Bruised might have been a big hit, something rare to see where the narrative involves a women fighting, with the underdog comeback story we know so well. For today, however, we’ve already seen Million Dollar Baby, and recently had some new stuff done with MMA in Stephen Dorff’s film Embattled, so Bruised is arriving much too late in the game. It’s not all bad, but the end result includes too many cliches, predictable beats, and cheesy moments that hold Bruised back from being a champion.

Berry stars as Jackie Justice, at one time the best MMA fighter in the game, but when she had a chance in the big fight, it crumbled when she lost, and surprisingly climbed over the cage to escape embarrassment. It sent her career and life into a spiral, where she was living on the streets, abandoned her only son, drinking too much, and fighting with her manager-boyfriend Desi (Adan Canto). When Desi brings Jackie to an underground fight, she proves she still has the skills to win, and it buys her one more chance. She’s brought under the wing of Bobbi Buddhakan (Sheila Atim) and Pops (Stephen McKinley Henderson) as new managers, but then her son is left at her door, traumatized from the death of his father, leaving Jackie with the challenge of single parenthood, while trying to become the best of MMA again.

I don’t want to downplay a few things: 1) It’s obvious that Halle Berry has put her heart and soul into this film, something she should be incredibly proud of, with the screenplay by Michelle Rosenfarb ultimately letting her down. 2) Her transformation and performance are excellent, working in a space that only an Oscar winner, and constant professional could bring. It’s much more the narrative surrounding her, the standard tropes of a fighter, losing the title fight, falling from grace, down on her luck, crawling back for a chance, struggling with her child that she abandoned long ago, and training her way back for redemption. You mix in between the training montages, a surprise romance, and the standard surroundings of a sports movie and it’s something we’ve all seen before.

Besides the standard cliches the other major issues lie in a collection of cheesy choices. Retroactive plot points of alcoholism and abusive relationships and lame motivational speeches make Bruised more like Rocky 5 than The Fighter. The fight choreography is fine, the action is kept in front of us, rarely pushing the camera in on the scrum, keeping the image pulled back to see all the action develop. There’s ultimately just not enough personality, a standard approach from Berry that feels timid and unsure of developing her own style. Berry obviously has the skills to direct a movie, I just hope to see her grow in her authentic way with each new project.

One thing is for certain, Halle Berry has a career in directing ahead of her, and with each film, new writers, and bigger budgets, her craft will be sharpened. Bruised is just not doing enough, not changing the genre of sports films, not even diving deeper into a mother’s relationship with her child, while putting her life on the line in the octagon. There’s a new future for MMA fighting movies to bring something different from the cliched boxing story. The final outcome with Bruised has too many blemishes to be memorable in the end.

BRUISED IS PLAYING IN SELECT THEATERS AND NETFLIX THIS FRIDAY NOVEMBER 19TH, 2021 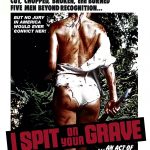 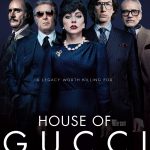